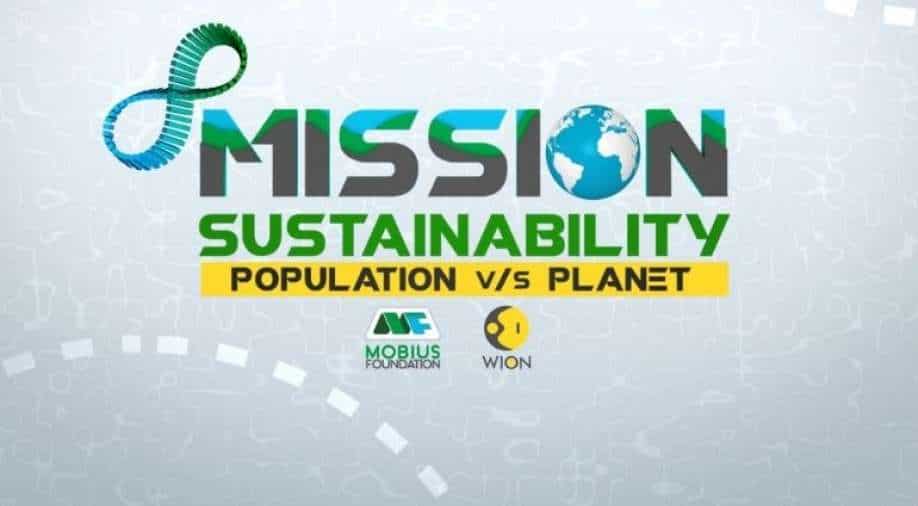 Overpopulation is among the most pressing environmental issues, silently aggravating the forces behind global warming, environmental pollution, habitat loss, and consumption of finite natural resources at speeds faster than their rate of regeneration.

WION, in partnership with Mobius Foundation, is taking the vision of the Government of India forward and launching a one-year-long social initiative called 'Mission Sustainability - Population v/s Planet'. The campaign commenced with a two-hour-long Thought Leadership Conclave on February 20, 2021.

Technology has advanced in the last 100 years to give us television, satellites, space exploration, and instant communication through apps. But today, there is an urgency to take action, in the short and long term -- for the survival of civilisation as we know it. Although the general population is aware that the future looks bleak, the causes are not immediately apparent to the common person. But if we had to attribute the difficulty to a single cause, it is the explosion of population. The solution (mitigation), however, does not seem feasible.

Overpopulation is among the most pressing environmental issues, silently aggravating the forces behind global warming, environmental pollution, habitat loss, and consumption of finite natural resources at speeds faster than their rate of regeneration. Ecological issues are anyway just the beginning for many more problems and issues.

"Population explosion will cause many problems for our future generations. But there is a vigilant section of public that stops to think, before bringing a child to the world, whether they can do justice to the child, give them all that she or he wants. They have a small family and express their patriotism to the country. Let’s learn from them. There is need for social awareness.” - Indian Prime Minister Narendra Modi

Dr Harsh Vardhan, Union Minister of Health and Family Welfare, has been invited to grace the event as the chief guest and share his vision for population stabilisation and sustainable development of India. Amitabh Kant, CEO, NITI Aayog will also join the event and address India's population policy and family planning programme.