Madhuri Dixit steps into Sridevi's role in Abhishek Verman's next 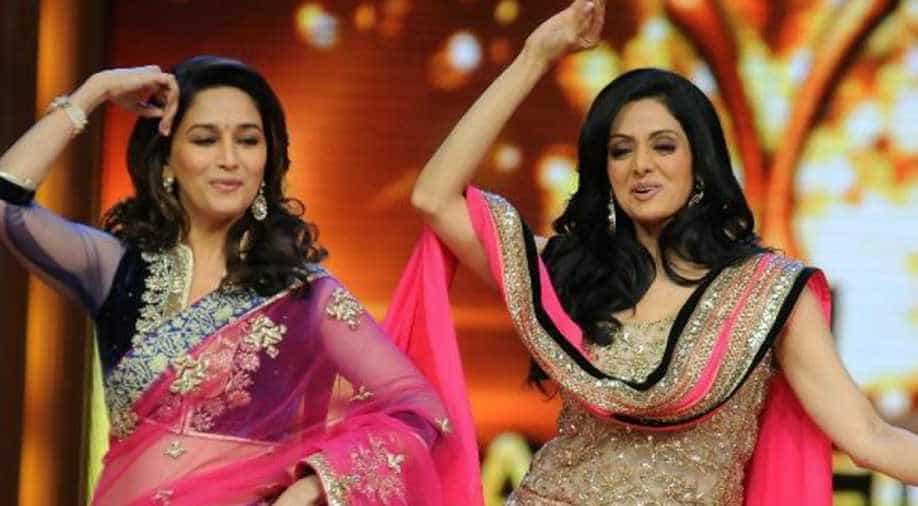 Janhvi Kapoor, Sridevi's daughter has confirmed that Madhuri Dixit will play the role initially offered to her mother by Dharma Productions.  Reports suggest Sridevi was initially offered to work opposite Sanjay Dutt. Janhvi said, "Abhishek Varman's next film was very close to my mom's heart. Dad, Khushi and I are thankful to Madhuriji for now being part of the beautiful film..".

She posted a picture of the two actresses from the set of a dance reality show. The film will reportedly have Varun Dhawan, Alia Bhatt and Aditya Roy Kapur along with Madhuri Dixit.

Sridevi passed away in Februray in Dubai and the cause of death was cited as "accidental drowning". It was a huge loss to the film industry.

Abhishek Varman’s next film was very close to mom’s heart ...Dad, Khushi and I are thankful to Madhuriji for now being a part of this beautiful film...

Sridevi's last outing at the cinema was in 2017 in Mom which also co-starred Nawazuddin Siddiqui. The actress made a comeback after 15 years of break in Gauri Shinde's English Vinglish in 2012.