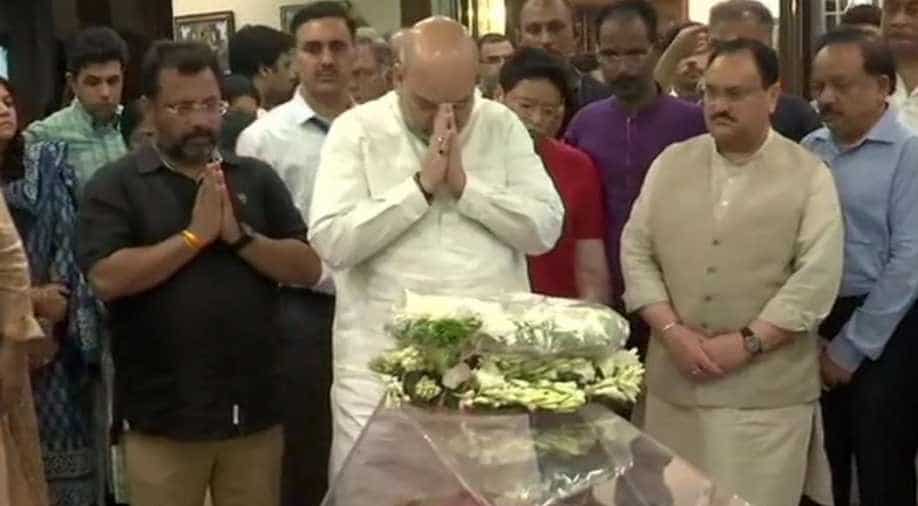 Jaitley's mortal remains were taken to his Kailash Colony residence in Delhi from AIIMS. Leaders, politicians thronged the BJP's veteran's residence to pay their last respects.

"All the people of India are deeply saddened by the demise of Arun Jaitley Ji. Pleasant by personality, a team player by attitude and a savior for the government in times of need, he served the party and nation with full commitment," Nadda said, adding that Prime Minister Narendra Modi had spoken to Jaitley's family members and that the whole BJP cadre is with them in this hour of grief.

Watch: An Orator, Protagonist, Philathropist; This is what describes Arun Jaitley

The All India Institute of Medical Sciences (AIIMS) released an official statement to confirm the sad demise this noon.

Jaitley was admitted to the AIIMS on August 9. He was undergoing treatment in the intensive care unit (ICU) at the country's premier medical institution.

Condoling the demise of Jaitley, Prime Minister Narendra Modi described him as a "political giant, towering intellectual and legal luminary".

"Arun Jaitley Ji was a political giant, towering intellectual and legal luminary. He was an articulate leader who made a lasting contribution to India. His passing away is very saddening. Spoke to his wife Sangeeta Ji as well as son Rohan, and expressed condolences. Om Shanti,'' tweeted Modi minutes after Jaitley breathed his last.

He was not keeping well for some time. After Modi government retained power in 2019 Lok Sabha elections, Jaitley wrote to Prime Minister Modi, saying he would not take up any responsibility in the government due to his deteriorating health condition.