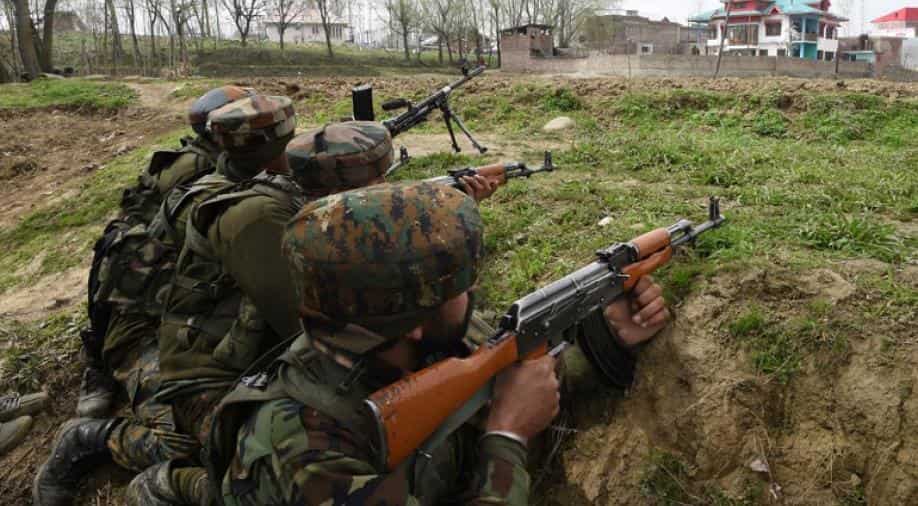 Two terrorists are believed to be trapped, a search is underway. More details are awaited.

Security forces, last Thursday, gunned down two terrorists in the valley. The terrorists were killed in an encounter in Khrew area of Jammu and Kashmir's Pulwama district in a search operation that followed a tip-off.

The police also recovered arms and ammunition from the slain terrorists.

Thursday's encounter came a day after the security forces in Jammu and Kashmir killed Naveed Jatt, the LeT terrorist who police said was involved in the assassination of journalist Shujaat Bukhari