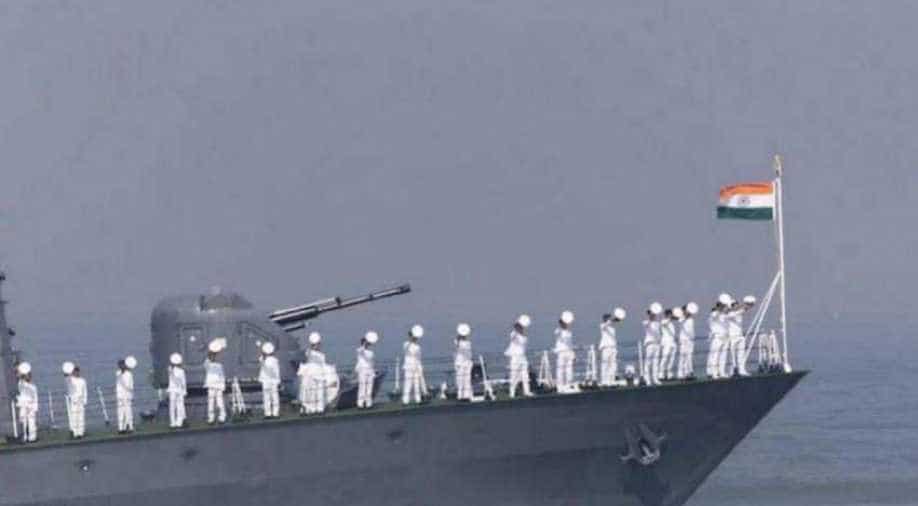 The Indian Navy will deploy anti-submarine warfare corvettes INS Kamorta and INS Kiltan as well as a sizeable number of advanced light helicopters, Chetak helicopter and Dornier maritime patrol aircraft in the exercise.

The navies of India and Sri Lanka will conduct a three-day military exercise off Trincomalee beginning Monday, in a show of growing congruence in their strategic interests and operational convergence in the region, officials said.

The eighth edition of the annual SLINEX exercise will feature a series of complex drills including surface and anti-air weapon firings and cross deck flying operations with an aim to further fine-tune the "high degree" of inter-operability between the two navies, they said.

The Indian Navy will deploy anti-submarine warfare corvettes INS Kamorta and INS Kiltan as well as a sizeable number of advanced light helicopters, Chetak helicopter and Dornier maritime patrol aircraft in the exercise, the officials said.

The Sri Lanka Navy will be represented by offshore patrol vessel Sayura and training ship Gajabahu.

The previous edition of SLINEX was conducted off Visakhapatnam in September 2019.

"SLINEX series of exercise exemplifies the deep engagement between India and Sri Lanka which has strengthened mutual cooperation in the maritime domain," an Indian Navy spokesperson said.

"Interaction between the two navies has also grown significantly in recent years, in consonance with India's policy of ?Neighbourhood First' and the prime minister's vision of Security and Growth for all in the Region (SAGAR)," he said.

The Indian Navy has participated in a number of joint maritime exercises in the last few weeks including a three-day drill with Japanese navy from September 26-28.

Last month, Indian Navy also carried out a two-day mega exercise in the Indian Ocean Region with the Australian Navy that featured a range of complex naval manoeuvres, anti-aircraft drills and helicopter operations.

India has significantly expanded its deployment in the Indian Ocean Region with a plethora of warships and submarines following its border row with China in eastern Ladakh, ostensibly to send across a message to Beijing.