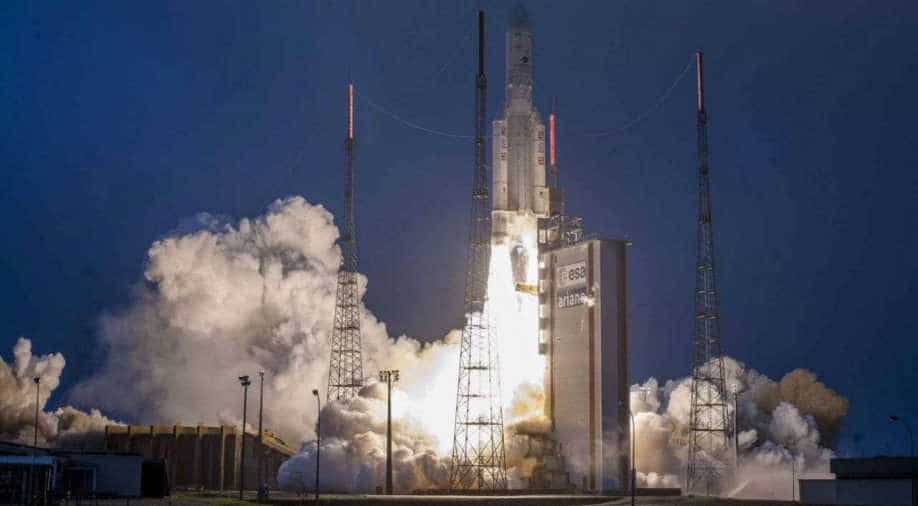 In pics: A busy year for ISRO with several rocket launches

Blasting off from Ariane Launch Complex at Kourou, a French territory located in the northeastern coast of South America at 02:31 am (IST), the Ariane-5 vehicle-injected GSAT-31 into the orbit in a flawless flight lasting about 42 minutes.

"It gives me great pleasure on the successful launch of GSAT-31 spacecraft onboard Ariane-5, this is the third mission for ISRO in 2019," Indian Space Research Organisation's (ISRO) Satish Dhawan Space Centre (SDSC) Director S Pandian said at Kourou soon after the launch.

"Congratulation to Arianespace on the successful launch and precise injection of a satellite into the orbit," he added.

Weighing about 2,535 kg, the GSAT-31 will provide continuity to operational services on some of the in-orbit satellites.

GSAT-31 is the country's 40th communication satellite which is configured on ISRO's enhanced 'I-2K Bus', utilising the maximum "bus capabilities" of this type.

This satellite will augment the Ku-band transponder capacity in Geostationary Orbit, ISRO said.

With a mission life of around 15 years, GSAT-31 will be used for supporting VSAT networks, Television uplinks, Digital Satellite News Gathering, DTH-television services, cellular backhaul connectivity and many such applications.

Riding in Ariane 5's upper position, HS-4/SGS-1 was released first in the flight sequence, with its separation occurring about 27 minutes after liftoff.

HS- 4/SGS-1 will provide telecommunication capabilities, including television, Internet, telephone and secure communications in the Middle East, South Africa and Europe, Arianespace said on its website.

GSAT-30 is another geostationary satellite to be lofted soon by Arianespace. Since the launch of India's APPLE experimental satellite on Ariane Flight L03 in 1981, Arianespace has orbited 23 satellites and signed 24 launch contracts with the Indian space agency, the European launch services provider said.