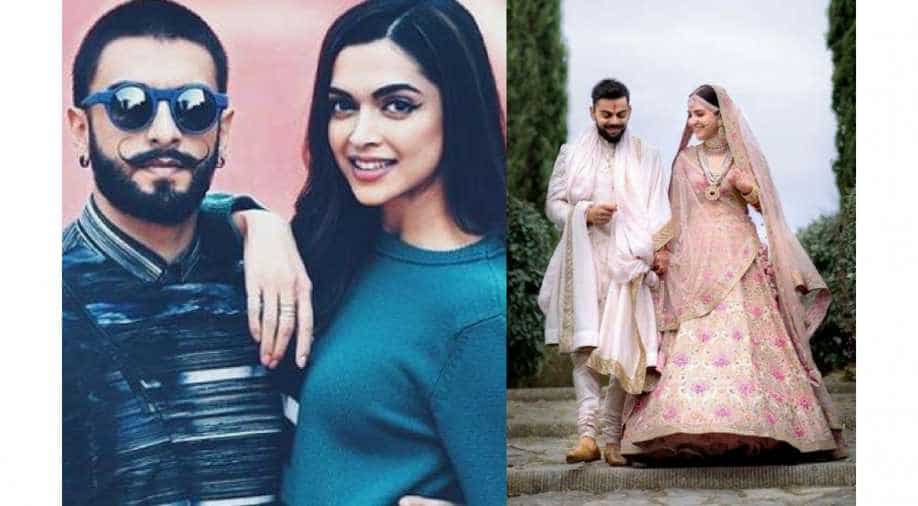 Deepika Padukone and Ranveer Singh are onto something and we are here to find out exactly what. To start with, their wedding rumours have been making rounds for a couple of months now with many believing that the two will tie the knot in November this year. Also read: Ranveer Singh is my go-to person: Deepika Padukone

Now, a report published in a website claims that the power couple might go the Virat Kohli and Anushka Sharma way and have a destination Italian wedding. The report quoted an actor friend of the couple saying, “Ranveer and Deepika are getting married this November. The preparations have begun and they could in all probability have a destination wedding in Italy.”

Anushka Sharma and Virat Kohli had gotten married in the beautiful village of Tuscany on December 11, 2017, amid the presence of select friends and family.

Another source on Deepika-Ranveer wedding meanwhile reports: “Deepika and Ranveer don’t want excessive media glare on their marriage. Earlier on, there was talk that the Switzerland government was keen to host their wedding. Ranveer is the brand ambassador for Swiss Tourism. So, a section of the media kept this theory alive. However, now we hear that the superstar couple wants an exotic location for their D-Day and this time around, the Italian government, too, has shown interest in their marriage.”

The couple has been dating for five years now and has crackling on-screen as well as off-screen chemistry.