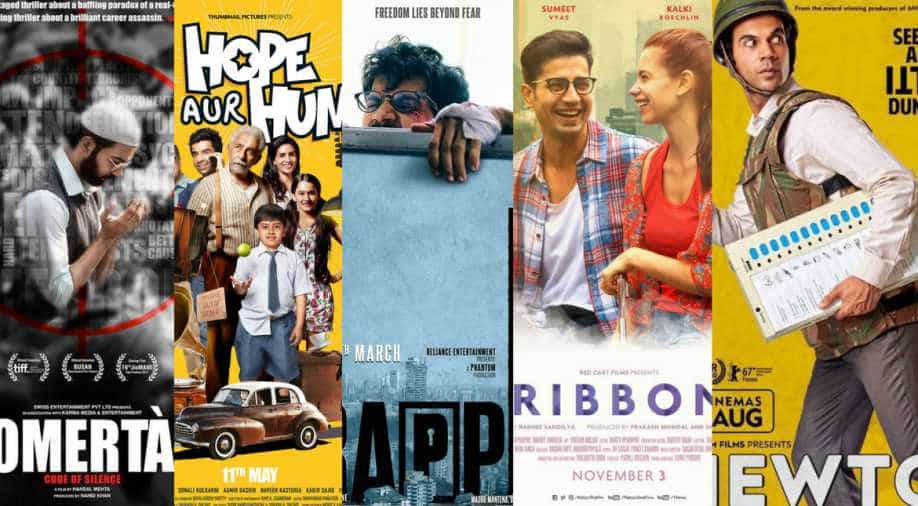 Directors are moving back to shorter film run times and more compact scripts just like films were in the 90's, just for 90-100 minutes. Most films made today are nothing less than two and a half hours long.  Here are a few films we are looking forward to and some that made news last year.

a) 'Hope Aur Hum':  This good family film is directed by Sudip Bandyopadhyay, starring Naseeruddin Shah and Sonali Kulkarni. Sudip Bandyopadhyay is an ace ad filmmaker who is making his directorial debut in Bollywood. The filmmaker has used his ad film learnings and has created a 90 minute film that tells a story of three generations learning to deal with change in their own way. The film releases on May 11 and it is a complete family film. b)'102 Not Out': The film directed by Umesh Shukla is staring Amitabh Bachchan and Rishi Kapoor. This movie is a family comedy that looks at the relationship of Amitabh Bachchan, who plays a fun loving jovial father who wants to break the record of the oldest living man, and his son who is exactly the opposite in character. The film already got released on 4th May 2018 and is an hour and is 107 minutes long. c)'Omerta': This Hansal Mehta directed film has Rajkumar as the terrorist Ahmed Omar Saeed Sheikh. The film follows the life of the terrorist and all that he has done, it uses news videos and footage. This film has been in the making for over 12 years now. The film is about  96 minutes long. It released on 4th May 2018. d)'Meri Nimmo': Rahul Shankara's 'Meri Nimmo' stars Newton Actress Anjali Patil in the lead role. The film revolves around Nimmo (Anjali) and her little companion, Hemu who is a young schoolboy. The film is 90 minutes long and is screening on Eros Now. e) 'Haraamkhor': Director Shlok Sharma’s 'Haraamkhor' is well known not just for its story or the fact that two amazing actors, Nawazuddin Siddiqui and Shweta Tripathi star in the film. It is also known for its short run time or around 110 minutes f)  'Gurgaon': Shanker Raman’s 'Gurgaon' was one of the most underrated films last year. It stars Pankaj Tripathi, Ragini Khanna, and Akshay Oberoi. The film revolves around the kidnapping of a real estate tycoons daughter and the events that follow. In a matter of 107 minutes. Gurgaon was released in August last year. g) 'Newton':  'Newton' is the National award-winning film. Not only for Amit Masurkar’s fantastic direction but Rajkumar Rao’s and Pankaj Tripathi’s brilliant acting. The film talks about the flaws in the electoral voting system in the country and the Naxalite problem in the east. The film has a run time of 106 minutes. h) 'Trapped': Rajkumar Rao’s best performance till date. 'Trapped' is directed by Vikramaditya Motwane and is about a man getting trapped in an empty building and his efforts to escape. This 105 minute film, proves that a film doesn’t need to belong to be gripping. i)  'Ribbon': Sumeet Vyas and Kalki Koechlin starring 'Ribbon' is a film audience all over associate with. It is a story of challenges new parents face. The film is directed by Rakhee Sandilya and is 109 minutes long.. The film was released in November 2017.