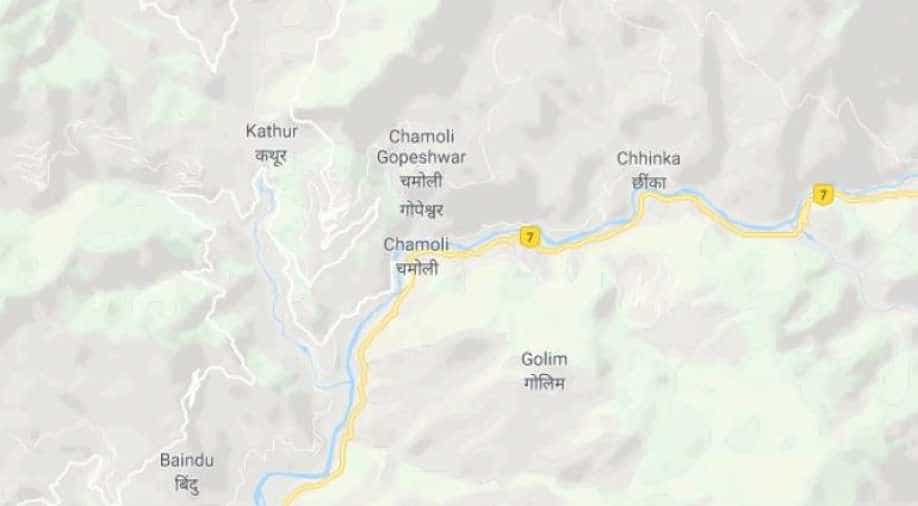 The epicentre was in Chamoli, the second largest district in Uttarakhand. Image via Google Maps. Photograph:( Others )

Earthquake tremors were in felt in Uttarakhand's Rudraprayag earlier today.

The earthquake measured 4.7 on the Richter scale with an epicentre in Chamoli, the second largest district in Uttarakhand.

According to the MeT office Director, Vikram Singh, the earthquake had a depth of 33 km which eliminates any possibility of damage to life and property.

Earthquake measuring 4.7 on the Richter scale struck Uttarakhand's Rudraprayag area; Epicentre of the earthquake was in Chamoli

Tremors were felt for around 12 seconds in various parts of the state along with Srinagar in Jammu and Kashmir.

An earthquake measuring 5.5 on the Richter scale had hit Uttarakhand earlier this month with an epicentre in Rudraprayag.