After alliance with SP-BSP, RLD looks to revive itself in west Uttar Pradesh 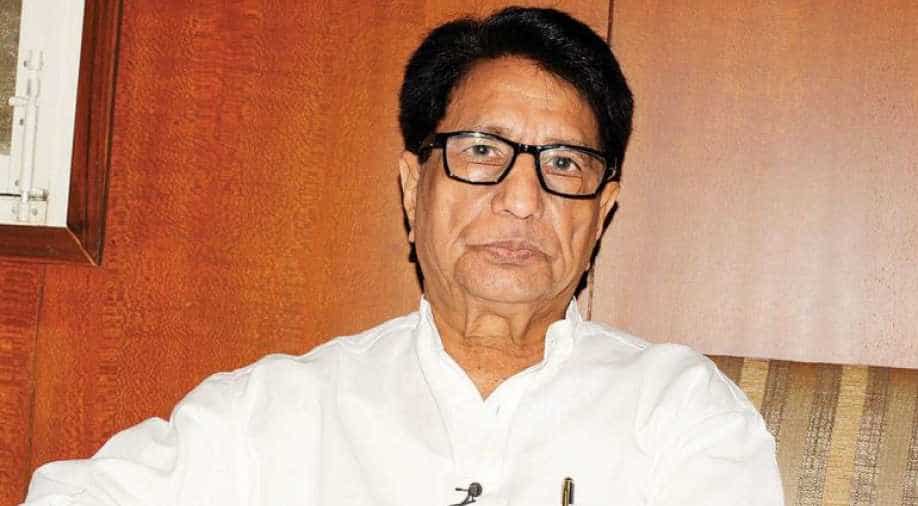 While party chief Ajit Singh is likely to contest from Muzaffarnagar, his son Jayant will be contesting from party's traditional seat Baghpat.

After an alliance with the Samajwadi Party and the Bahujan Samaj Party, the Rashtriya Lok Dal is looking to regain its base in western UP and win the three seats it will be contesting in the coming Lok Sabha election.

In 2014, the defeat of the then Union minister and Rashtriya Lok Dal president Ajit Singh in Baghpat to BJP's Satyapal Singh, who had resigned as Mumbai Police commissioner just before the election, was "unexpected" for many as he had never lost the seat since 1999.

"The defeat was seen as a big sign of how the BJP was consolidating the dominant Jat vote in its favour. This time, RLD has an opportunity to take a sweet revenge by improving its performance with the help of SP and BSP and get back the Jat vote in its fold," said political analyst Manjula Upadhyay.

RLD leaders are confident of repeating their performance of Kairana LS bypoll last year when they succeeded in getting back Jat votes they had lost to the BJP in 2014.

"During Kairana byelection, RLD leader Jayant Chowdhury's slogan to Jats was 'BJP Ki Poonch Nahi, RLD Ki Mooch Bano'. The call was a hit and he succeeded in invoking the name of his grandfather Chowdhury Charan Singh and reminding the Jats of his legacy," a senior RLD leader said.

During the Kairana bypoll, RLD candidate Tabassum Hasan succeeded in defeating the BJP in the high-profile battle necessitated following the death of BJP MP Hukum Singh.

RLD candidate Tabassum was supported by the Congress, SP and BSP.

Kairana was seen as a testing ground for the new-found opposition unity against the rising BJP then, and the win gave a boost to opposition's efforts to stitch a grand alliance against the saffron party.

When Charan Singh died in 1987, Bharatiya Lok Dal had the maximum 83 legislators in Uttar Pradesh. The number dwindled over the years and came down to just one in 2017 assembly polls.

The best performance of RLD under Ajit Singh was in 2002 when it won 14 assembly seats in alliance with the BJP.

The party won five seats in 2009 Lok Sabha polls, again in alliance with the BJP, but during 2012 assembly polls, it forged an alliance with Congress and won nine assembly seats.

In 2014 general election and 2017 assembly polls, the party's performance was worst as it failed to turn voters in its favour and the BJP succeeded in making a dent in its vote bank.

Of the seven seats contested in 2014, the party lost all of them.

Even party chief Ajit Singh slipped to the third spot in his traditional Baghpat seat while his son Jayant Chowdhury lost to Bollywood actor-politician Hema Malini, who contested on a BJP ticket from Mathura.

Other candidates including Amar Singh, Jaya Prada and Rakesh Tikait also could not perform well and all of them lost.

In 2017 UP assembly polls, the RLD had contested 277 of the total 403 seats but won only one, Chhaprauli seat.

After entering an alliance with SP-BSP, the RLD will be contesting Baghpat, Muzaffarnagar and Mathura seats.

While party chief Ajit Singh is likely to contest from Muzaffarnagar, his son Jayant will be contesting from party's traditional seat Baghpat.

Asked about RLD's Lok Sabha prospects, a senior RLD leader said, "This time equations are in our favour. Be it Muslim, backwards, Dalits, Jats or any other community, all are in our favour. Farmers are angry due to non-payment of cane dues."

SP MLC Rajpal Kashyap, when asked about the alliance partner, said, "This is an alliance of ideologies and it will succeed in defeating the communal BJP. We are all committed to ensuring the victory of the alliance candidates.