Arsenal's Sanchez out of Chile qualifier with muscle strain 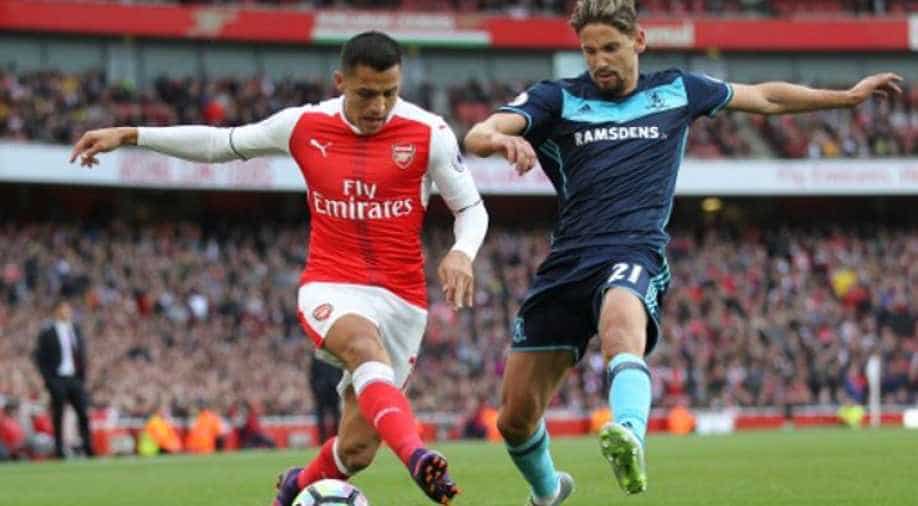 Chile, who sit fifth in the 10-team South American qualifying competition for Russia 2018, are scheduled to play Colombia in Barranquilla on Thursday. Photograph:( AFP )

Arsenal midfielder Alexis Sanchez has been ruled out of Chile's World Cup qualifier against Colombia after he suffered a muscle injury, the Chilean Football Federation said on Tuesday.

The federation said in a short statement that the player will remain in Santiago for treatment and is under evaluation for Chile's match against Uruguay.

Chile, who sit fifth in the 10-team South American qualifying competition for Russia 2018, are scheduled to play Colombia - the team directly above them in the standings - in Barranquilla on Thursday.

Chile have won the last two Copa Americas but have struggled in the World Cup qualifying campaign, winning four of their 10 games on the pitch.

They were awarded a fifth victory when FIFA ruled that opponents Bolivia had fielded an ineligible player during their 0-0 draw last month.