Ranveer Singh on wife Deepika: Six months into the relationship, knew she was the one 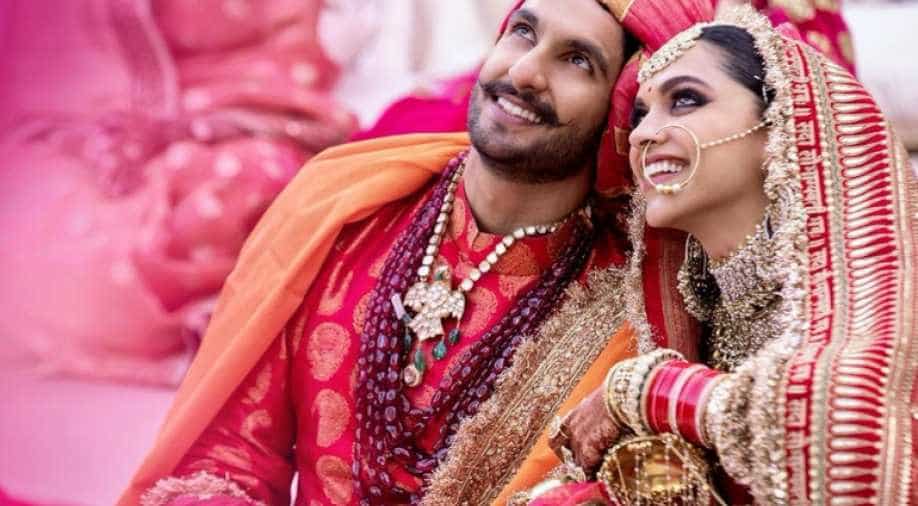 In a candid interview to a film magazine, Ranveer has opened up for the first time about his six-year-long relationship with Deepika and admitted that he was ready to get married three years back but waited for Deepika's nod.

Ranveer Singh knew he wanted to get married to Deepika Padukone six months after he started dating her. In a candid interview to a film magazine, Ranveer has opened up for the first time about his six-year-long relationship with Deepika and admitted that he was ready to get married three years back but waited for Deepika's nod.

"I've been ready (to get married) for a while. I was just waiting for Deepika to be ready," said the actor in a tell-all interview. "I knew all too well that this is the woman I'm going to marry. This is the woman who would become the mother of my children. I've been thinking about marriage seriously for almost three years now. I was just waiting, I told her, 'The minute you say so, we'll do it'."

The couple fell in love while working together in Sanjay Leela Bhansali's 'Ram Leela'. The couple and the director went on to make to more blockbusters after the success of the film- 'Bajirao Mastani' and 'Padmaavat'.

Ranveer and Deepika tied the knot at Lake Como, Italy in November 2018. It was strictly a private ceremony and Ranveer revealed that Deepika had planned it in such a way. "Whatever she (Deepika Padukone) wished, I wanted her to have it. That's the first step in being the husband of the millennium. Whatever her vision of getting married, I wanted her to realise it. Whatever she wanted, it was done exactly in that manner. She deserves every bit of it. I too deserve happiness and my happiness comes from her happiness. It's that simple."

Their families have hosted three reception parties so far-one in Bengaluru and two in Mumbai. The couple will host a reception on December 1 in Mumbai for their friends and colleagues in Bollywood.