Deepika, Ranveer just shared inside photos of their wedding and we cannot keep calm 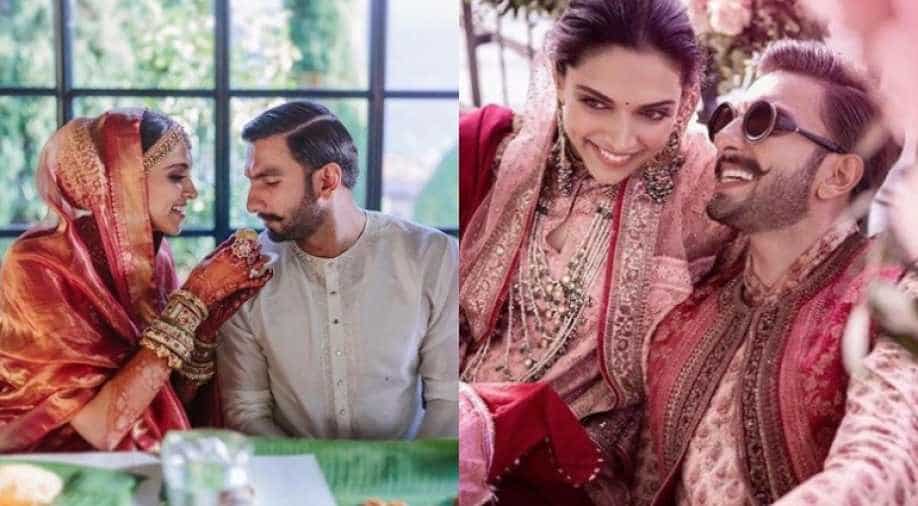 Be still, my beating heart!

The photos have been long awaited. Ever since Ranveer Singh and Deepika Padukone announced their wedding dates in October, fans have been eagerly waiting to see pictures of their wedding. While the wedding was a closed-door ceremony where guests were not allowed to carry mobile phones inside, the bride and groom themselves shared photos of their two-day wedding on Instagram of 15th November.

The country has been gushing over the two pictures ever since. But on Tuesday, the couple gave a sneak peek inside their three-day wedding celebrations by posting some of the most breathtaking pictures that one has seen in recent times. Full of love, laughter, and warmth, the pictures of Deepika and Ranveer along with their family members will certainly make every one gush in joy.

The bride and groom and their families were dressed in outfits designed by Sabyasachi Mukherjee on all of the days.

The couple on Tuesday morning, twinning in white, left for Bengaluru, where Deepika's family will host a reception on 21st November. The couple will host a gala reception in Mumbai on 28th November for their friends and colleagues from the film industry. Bollywood's who's who are expected to attend the gala event.

Meanwhile, the Sikh community have raised objections on their wedding ceremony as Anand Karaj was performed outside of a gurdwara, something not permissible by the religion.

The couple looked like a million bucks as they made their headway to Ranveer’s residence in Mumbai, their first public appearance as a married couple.