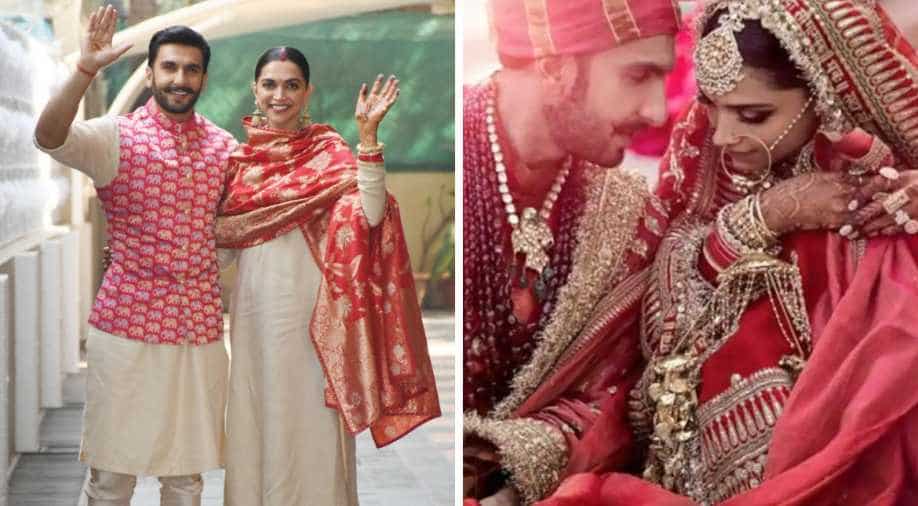 The couple is now back in India after a grand wedding ceremony in Lake Como, Italy.

As Ranveer Singh and his bride, Deepika Padukone step into another phase of their lives after a grand wedding ceremony in the Lake Como area of Italy, a Sikh body has now raised an objection to the way Anand Karaj ceremony was conducted. According to a report in The Tribune, an Italian Sikh organisation has said that the wedding was against the religion’s code.

The Bollywood couple tied the knot in Italy on November 14 as per Konkani wedding rituals and then tied the knot again on November 15 as per the Sikh wedding ceremony, Anand Karaj. This didn’t go down well with the Italian Sikh body that was not pleased with the Guru Granth Sahib being brought from a gurdwara in Brescia to the wedding villa in Lake Como, 150 km away.

Reacting to the incident, Indian Sikh community’s Italy president Sukhdev Singh Kang said that the Anand Karaj ceremony was a ‘major lapse’ on the part of the gurdwara as the Akal Takht dictates that the Guru Granth Sahib should not be taken to a hotel, banquet hall or other venues for the Anand Karaj ceremony.  He said, “This was in violation of the Akal Takht ‘hukumnama’ which sternly prohibits taking Guru Granth Sahib to a place other than a gurdwara.”

Sukhdev added that the Italian Sikh community would write to the Akal Takht to take necessary action. Akal Takht acting Jathedar Giani Harpreet Singh was quoted as saying in the report that the five high priests will look into the matter when they receive a complaint.

Ideally, an Anand Karaj ceremony is performed in a gurdwara where the bride and groom sit or take pheras around the Guru Granth Sahib.

In Ranveer and Deepika’s wedding, Bhai Narinder Singh of the Golden Temple was made to fly to Italy to officiate their wedding.

Meanwhile, the couple is now back to India and were spotted on Sunday at the airport as fans and media persons followed the newlyweds till their residence in Mumbai. They will now hold a reception for their extended family in Bangalore on November 21 and for Bollywood in Mumbai on November 28.