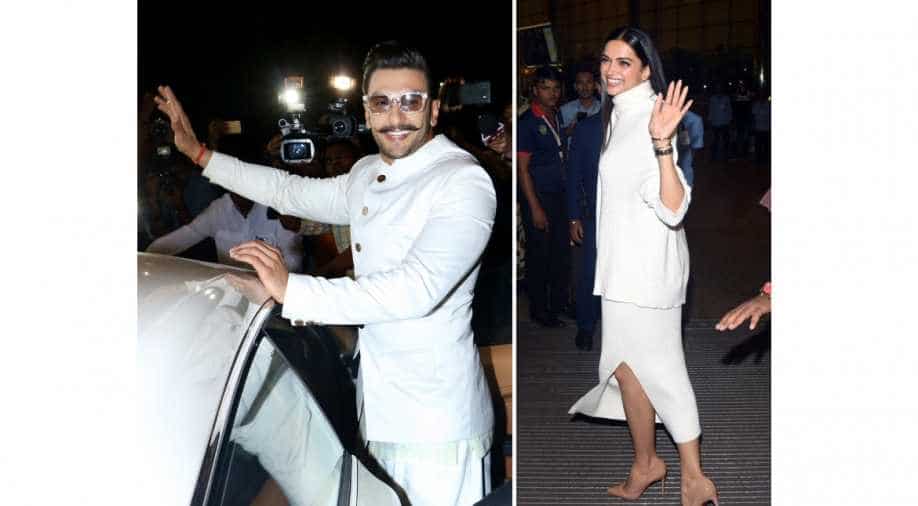 Pictures of their wedding venue in Italy are proof that it will be as magical as we have imagined for Deepika and Ranveer.

Bollywood’s most-awaited wedding of Ranveer Singh and Deepika Padukone is now in its last leg as the couple will soon tie the knot in a matter of two-three days.

Pictures of their venue in Italy are proof that it will be as magical as we have imagined for these two.

We told you earlier, that Deepika and Ranveer will solemnise their marriage in Villa del Balbiano near Lake Como in Italy that has a royal backstory to it. Many films have been shot in the area while several Hollywood A-listers have gotten married in the same place.

Here are new pictures of the venue:

Italy: Visuals from Villa del Balbianello at Lake Como in Lombardy, the venue for the wedding ceremony of Deepika Padukone and Ranveer Singh. Preparations underway. pic.twitter.com/MuuBJXos50

The two left with their set of parents and extended family on Saturday morning. They were both dressed in all-white attires as they smiled and waved to the paparazzi and fans gathered outside the airport.

Ranveer and Deepika will tie the knot on November 14, 15. They will then host a grand reception party for their Bollywood colleagues upon their return. It will be quite a starry affair as the two are on good terms with almost all Bollywood celebs.