Rajinikanth's '2.0' to topple Prabhas' 'Baahubali' from being most-widely released film? 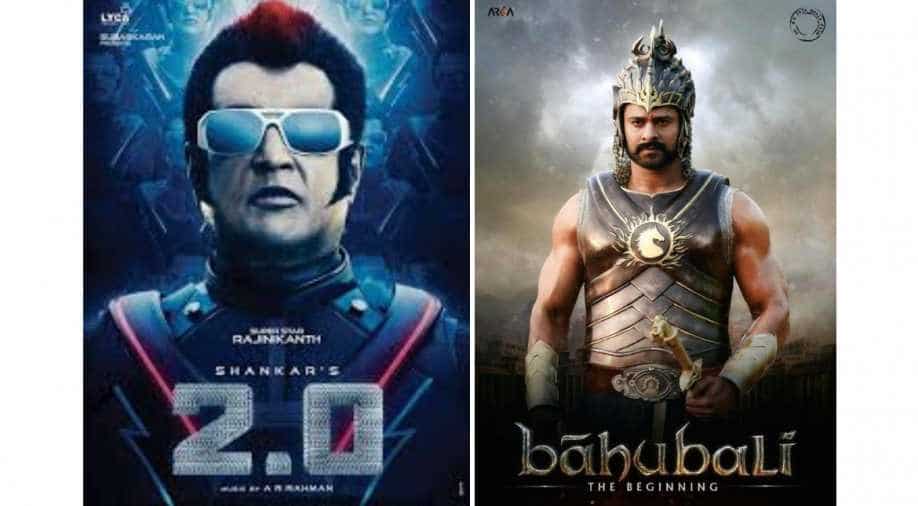 This is no joke! Rajinikanth and Akshay Kumar’s upcoming film ‘2.0’ is likely to beat Baahubali’s previously-held record of being the most-widely released film. While ‘Baahubali 2’ had 6500 screens-release all over India, ‘2.0’ is said to get close to 6600 to 6800 screens. This also includes 17 IMAX theatres. See posters.

The screen allocation for the film will be as follows: (tentative)

Apart from this, ‘2.0’ is also the most expensive film made in India till date with an unheard budget of more than Rs 500 crore. The film also boasts of some never-seen-before CGI. See trailer here.

‘2.0’ starring Rajinikanth and Akshay Kumar is a sequel to 2010’s much-loved film ‘Enthiran’. The film, with all that hype around it, is expected to gross in excess of Rs. 100 crore on its opening day with the contribution from Hindi version being around Rs. 35 crores gross. In comparison, ‘Baahubali 2’ raked in approximately Rs. 125 crore on its first day in India.