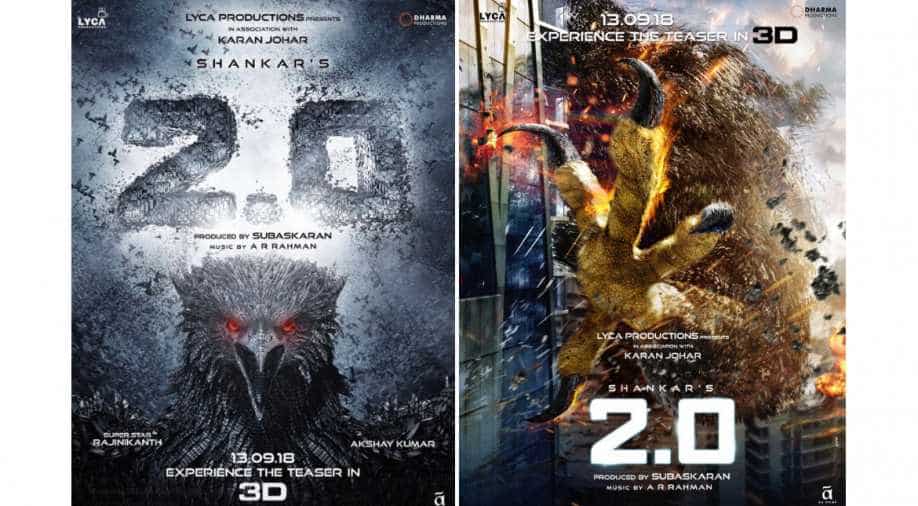 After much delay, Rajinikanth starrer ‘2.0’ released two new posters of the film and it looks sure fun to watch. The makers also announced the release date of the trailer on their social media profiles.

First talking about the posters, what appears to be a gigantic bird looks straight at you with a fierce look on its face in one while in another, a zoomed in picture of a claw in put to focus. Akshay Kumar shared a poster and captioned it: “Prepare for #2Point0! Teaser out on September 13, 2018”.

Karan Johar shared the second poster and captioned it: “I am exceptionally proud and honoured to present the MEGA and MAMMOTH cinema experience - @shankarshanmugh's EXCEPTIONAL vision is soon coming your way. Watch this space for more! #2Point0”

Meanwhile, the trailer of the film will finally come out on September 13, 2018.

In the film ‘2.0’, Rajinikanth is reprising his double role as good scientist Vaseekaran and evil robot Chitti in the Shankar film.

It is slated to release on November 29.