Nick Jonas and Priyanka Chopra show everyone 'the way of love' 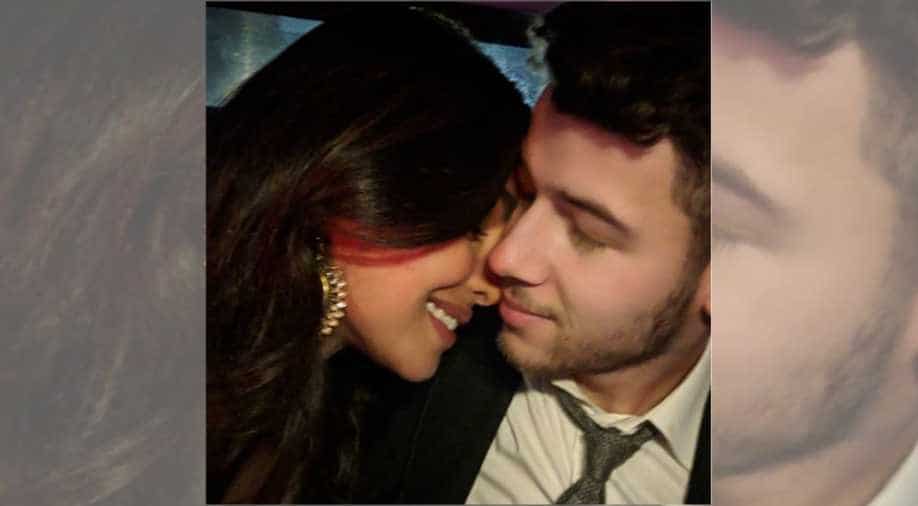 Priyanka Chopra and Nick Jonas are one of cutest couple of 2018. They have never shied away from sharing sweet PDA moments. (source: @priyankachopra) Photograph:( Instagram )

After turning heads at Joe Jonas and Sophie Turner's wedding, Nick Jonas and Priyanka Chopra are spending some romantic time in Italy.

After turning heads at Joe Jonas and Sophie Turner's wedding, Nick Jonas and Priyanka Chopra are spending some romantic time in Italy.

The couple who tied the knot in December last year is still giving serious couple goals with their no-holds-barred display of affection.

Giving a glimpse of their outing, Nick shared an adorable picture of himself with wifey Priyanka.

In the picture, the duo shows `The Way of Love` as they posed right under the board that reads `La via dell`Amore` which means `The Way of Love`. Donning a printed shirt and shorts, Nick struck a perfect romantic pose with Priyanka clad in a chic dress.

Via Dell Amore... or Love Way in other words.

Priyanka was quick enough to comment on the picture with a smiling face having heart-eyes emoji. The couple is known for stealing some romantic moments whenever the two get time.

Earlier, Nick shared a monochrome picture with his wife in which they were seen enjoying a boat ride in the `city of love`.

The city of love 🇫🇷

Joe Jonas and Sophie Turner tied the knot on June 29 at a chateau in France after first getting hitched in Las Vegas on May 1 after the Billboard Music Awards 2019.