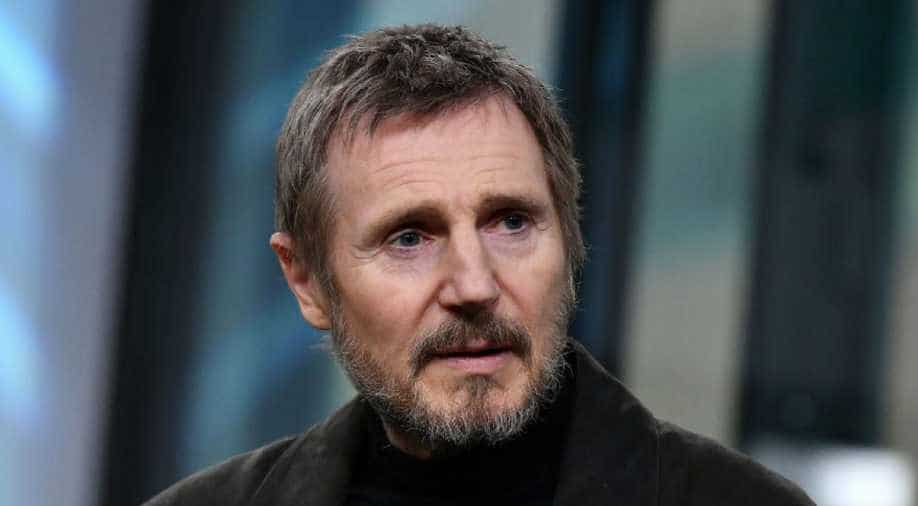 Neeson admitted to once wanting to find a black man -- any black man willing to pick a fight -- to murder on the spot.

Veteran actor Liam Neeson revealed on Monday that he once walked the streets hunting for a "black b*****d" to kill in retaliation for the rape of a friend.

The 66-year-old Northern Irish star of 'Schindler's List' and 'Taken' is promoting his appearance in the Hollywood action thriller 'Cold Pursuit'.

But his interview with Britain's The Independent took an unexpected turn when he admitted to once wanting to find a black man -- any black man willing to pick a fight -- to murder on the spot.

Neeson refused to reveal the name of the raped woman or when the incident occurred.

But he detailed a week of rage during which he walked the streets with a type of baton called a cosh in search of his innocent victim.

"I'll tell you a story. This is true," he said in an interview whose audio was uploaded to the online newspaper's site.

He said his "immediate reaction" after being told of the rape was to ask: "Did she know who he was? No. What colour were they? She said, it was a black person."

Neeson said he then "went up and down the areas with a cosh hoping I'd be approached by somebody. I'm ashamed to say that.

He said the entire episode lasted for "a week, maybe a week and a half".

"It was horrible, horrible when I think back, that I did that. And I've never admitted that."

"Holy shit," his co-star Tom Bateman said in a shocked voice in the tape.

"It's awful. But I did learn a lesson from it. When I eventually thought, 'What the fuck are you doing?', you know?"

Neeson said he learned the "need for revenge" while growing up in Northern Ireland during years of sectarian violence in the British province known as 'The Troubles'.

"That primal need, I understand," he said.

The son of Neeson's character in his new film is killed by a drug gang.

The plot revolves around the father's subsequent pursuit of the culprits -- a subject that apparently prompted Neeson to reveal his secret.

The disclosure created a furore on social media. Neeson's name was the second-ranked item on Twitter's London trends list.

The Independent said Neeson told his story during a 17-minute interview conducted in a New York City hotel.

The paper later reached out to the actor's publicist to get further comment.

The Independent said the publicist declined.