Irrfan Khan's wife Sutapa shares a moving post for him: I have not lost, I have gained 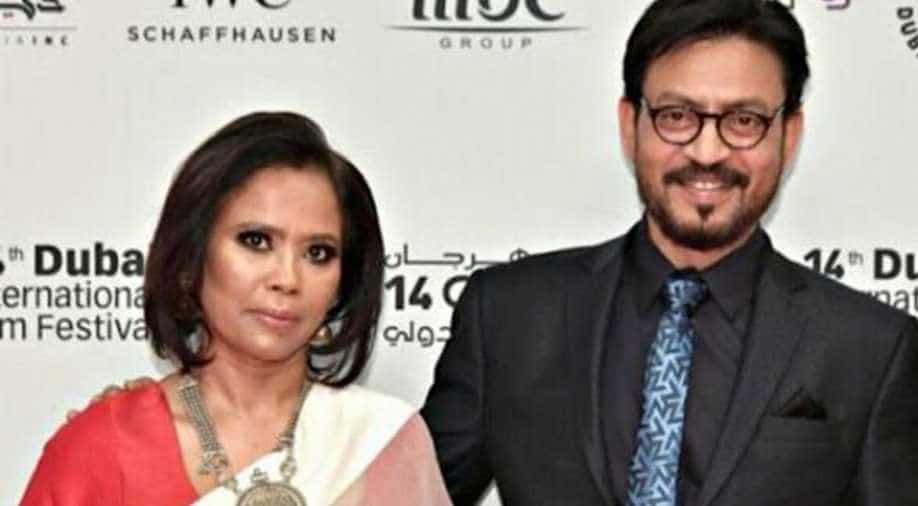 Irrfan died at the Kokilaben Dhirubhai Ambani Hospital on Wednesday morning due to a colon infection.

Bollywood has not been having a great week with two of its finest actors passing away, spaced one day after another -- Irrfan Khan and Rishi Kapoor.

While Irrfan left us on March 29, Rishi breathed his last on March 30. Both did not see a hero’s goodbye as strict lockdown continues in the country amid coronavirus scare.

While friends and family of Rishi Kapoor took to social media to pay rich tributes to the renowned actor, for the first time, Irrfan Khan’s wife Sutapa opened up about her loss.

Post Irrfan and Rishi Kapoor's death, this video from 'D-Day' is going viral

In a moving note for her husband, Sutapa Sikdar posted, “I have not lost, I have gained in every which way.” She chose a sweet photo to accompany the post as she can be seen hugging Irrfan Khan. 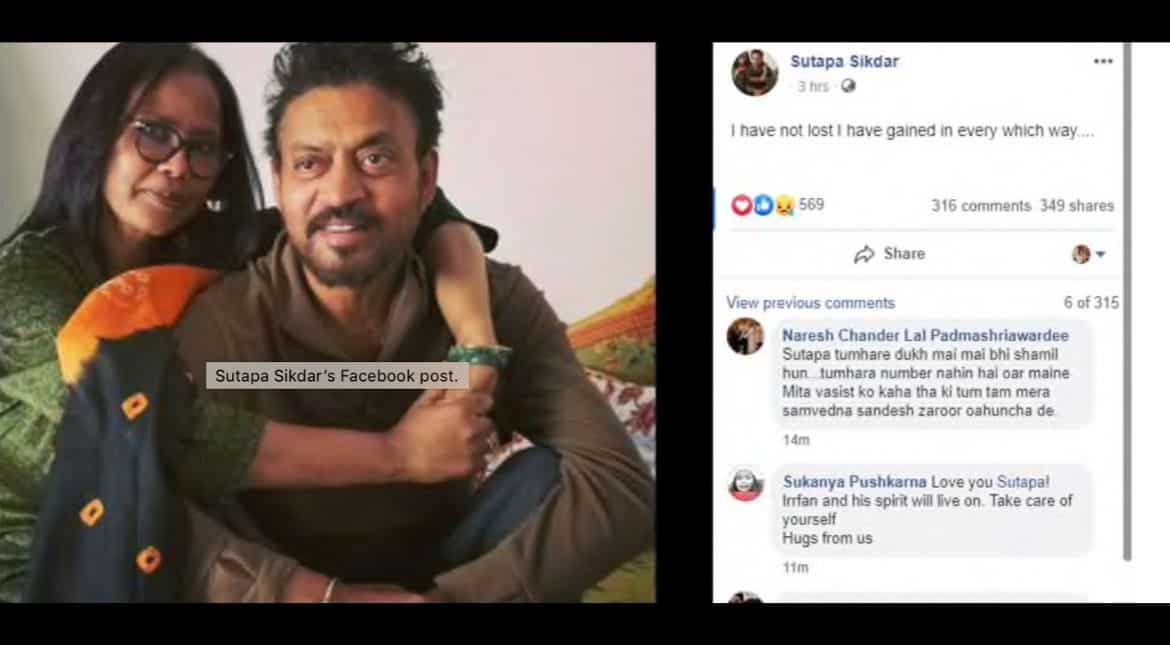 Irrfan died at the Kokilaben Dhirubhai Ambani Hospital on Wednesday morning due to a colon infection. Earlier, in 2018, he was diagnosed with a neuroendocrine tumour and underwent treatment in London for the same.

Days after Irrfan announced his illness on Twitter, Sutapa lauded his courage. “My best friend and my partner is a ‘warrior’, he is fighting every obstacle with tremendous grace and beauty,” she had written in a note shared on Facebook.