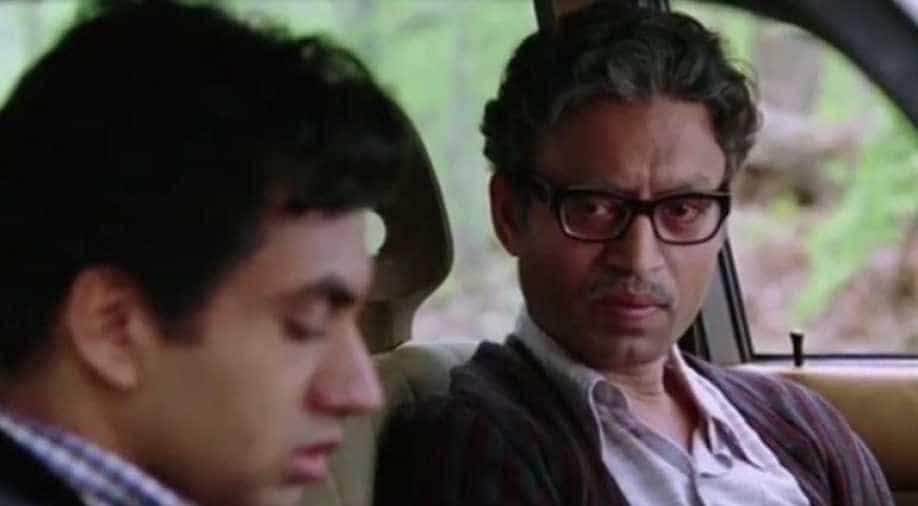 Kal Penn shared this image of Irrfan and himself from the movie 'The Namesake' Photograph:( Instagram )

"Irrfan’s art and humanity will be badly missed," wrote Kal Penn as he paid tribute to the late actor.

They played father and son in Mira Nair's 'The Namesake' and on Wednesday as the news of Irrfan Khan's death broke, Indian-American actor Kal Penn paid rich tribute to his onscreen father and co-actor.

Kal shared photos from 'The Namesake' and wrote, "Irrfan’s art and humanity will be badly missed. Never seen someone use the beats of silence so beautifully to convey so much about who we are. Sending love to Sutapa and the family."

Irrfan’s art and humanity will be badly missed. Never seen someone use the beats of silence so beautifully to convey so much about who we are. Sending love to Sutapa and the family. #IrrfanKhan

Irrfan and Kal had played Ashoke and Gogol Ganguly in Mira Nair's adaptation of Jhumpa Lahiri's book by the same name. The film also starred Tabu as Irrfan's wife and the film is considered a classic.

Penn was not the only India-American artist to pay his tribute on Wednesday. Irrfan had featured in numerous Hollywood films and artists like Riz Ahmed, Mindy Kailing, Freida Pinto and Kunal Nayyar paid tributes to the late actor.

This one has hit me hard. A VOID that can NEVER be filled because there was simply no one like Irrfan Khan. His grace and dignity along with his monumental talent as an artist, actor - a portrayer of humanity in all it's shapes and forms made me not only have deep admiration for him but I instinctively wanted to emulate that grace in my career as well. . . There is a picture from the SAG awards( Irrfan, Dev, me and Anil) that sits on my book shelf in Mumbai and everytime I look at it, I am taken down a memory lane of all things so beautiful and joyous about Slumdog Millionaire and the awards celebrations. And in all of it I have this one beautiful and powerful memory of Irrfan - Unfazed by the glitzy glamour, no matter which Hollywood icon walked past us. Quiet but not silent- his responses to every interviewer were so meaningful and never lacking humour. He was representing India with achingly high levels of grace and dignity. He stood grounded in reality on every world stage, every red carpet- Grateful and so collected! How lucky was I, a complete little mess of a newbie, to have him as a role model! . . For those who know of his talent, you know it cannot be replaced. For those who have not yet been introduced to his talent...Oh, do not deprive yourselves please! His repertoire has something for everyone. Warrior, Namesake, Piku, Maqbool, Life of Pi, The Lunchbox, Paan Singh Tomar and ofcourse Slumdog Millionaire. Start somewhere, anywhere! I promise you...Irrfan Khan will be FOREVER carved in your memories too!

I’m devastated by the news that the legend, Irrfan Khan, passed away at the age of 53. He was my favorite actor. Irrfan’s performances were defined by his subtlety and sensitivity, he could do more with silence and many actors could do with a two page Sorkin monologue. You watched him onscreen and thought “I know that person!” in any role he played, even if he was being chased around Europe in a Da Vinci Code movie with @tomhanks. He once wrote me to see if we could collaborate on something, and it remains the greatest honor of my career. If you aren’t familiar with his work, please watch Mira Nair’s The Namesake, or Ritesh Batra’s The Lunchbox. You will become a lifelong fan, I promise. I feel robbed of his future performances. My heart goes out to his family.

Dear Irrfan, you had a way with your eyes that reached out of the screen and lit a fire in my soul. I have waited all day to find the words, but there are none. And there are none still. When I sit down to think, I find my heart in a million little pieces. I always dreamt of sharing the screen with you, and now I’ll have to wait till this dance of mine is over... Light up the heavens while you’re up there Sir, the world needs you, and we are not ready to say goodbye. With all the pieces of my heart, I love you.

A mainstay of Bollywood cinema and incredible talent in films like “Slumdog Millionaire,” “Life of Pi” and “The Namesake,” Irrfan Khan left his imprint on global cinema. An inspiration to millions, he will be greatly missed. pic.twitter.com/o21DMMC2o5 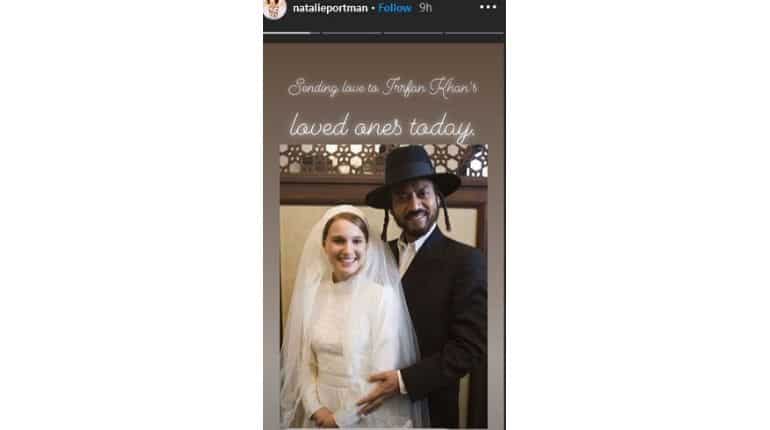 Irrfan died on Wednesday in Mumbai after a prolonged battle with cancer. The actor is survived by his wife Sutapa and sons Babil and Ayan.