Zoë Kravitz on break-ups, and divorce from Karl Glusman: Sad but beautiful 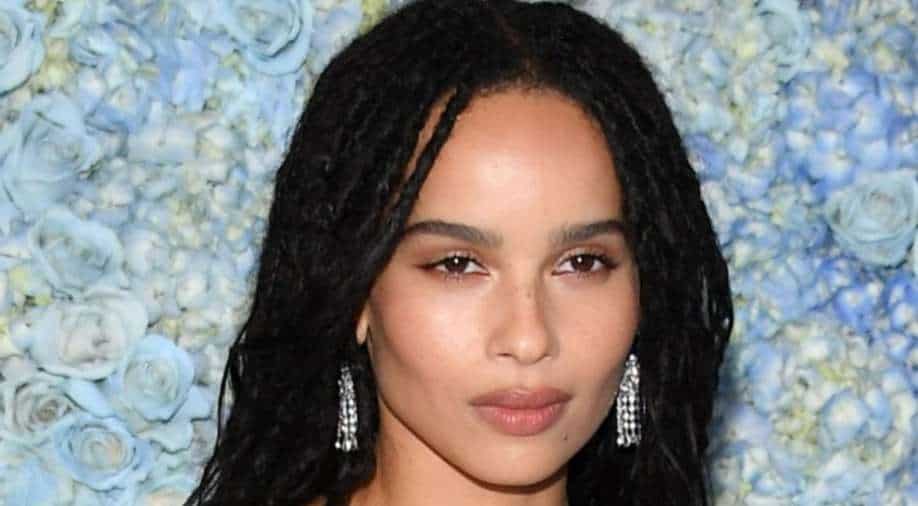 For the unversed, Zoë Kravtiz and Karl Glusman finalized their divorce in August of this year.

Hollywood actor Zoe Kravitz is slowly but surely opening up about her recent divorce with Karl Glusman.

In an interview with a global magazine, Kravitz talked about her relationship with Klusman and how making music helped her cope with the divorce.

"I wrote it over a long stretch of time, subconsciously just capturing this range of emotions, which has been interesting to look back on and see what I was writing about them, then and now and in between. It’s personal. It’s about love and loss," Kravitz shared while talking about her first solo project as a musician.

"I got married. I got divorced. Separations, break-ups are sad but are beautiful things too. It’s about the bitter sweetness, that beginning and that end. It’s so complex, that space, when you’re in between heartbroken and mourning the loss of something and excited for what’s ahead of you," she went on to add.

For the unversed, Kravtiz and Glusman finalized their divorce in August of this year.

The former couple got married in June of 2019 at Kravitz's father's home in Paris, Lenny Kravitz. The wedding was attended by Hollywood A-Listers like Reese Witherspoon, Nicole Kidman among others.

Recently, Zoë Kravitz and Channing Tatum were trending online after pictures of them hanging out together surfaced on the internet. And fans now wonder if they are the latest in a long-list of surprise celebrity couples.

The duo was spotted in NYC biking together around the East Village. The much-hyped outing happened just two days after Zoë's divorce from Karl Glusman was finalized in August.

Tatum, too, shared his first picture with Kravitz after they stepped out together again at a Met Gala after-party.

"This night!... No body wanted to trifle with us on the dance floor music and vibe was next level. Thank you @aliciakeys," Tatum wrote on his Instagram Story that sees him and Kravitz posing with Alicia Keys and Moses Sumney at the Alicia Keys & Cincoro Tequila after-party at Casa Cipriani.

Alicia Keys also shared a picture with Tatum and Kravitz from the same event, saying, "Woooooowww!!! Still soaring! What a magical night!!!! Celebrating #LALA and life!! #TheSecretSoiree Thank you to all of our friends and loved ones for bringing the light!!"

The actress-singer is making her directorial debut with the upcoming film 'Pussy Island', where Channing Tatum stars as a mysterious tech mogul with a private island.