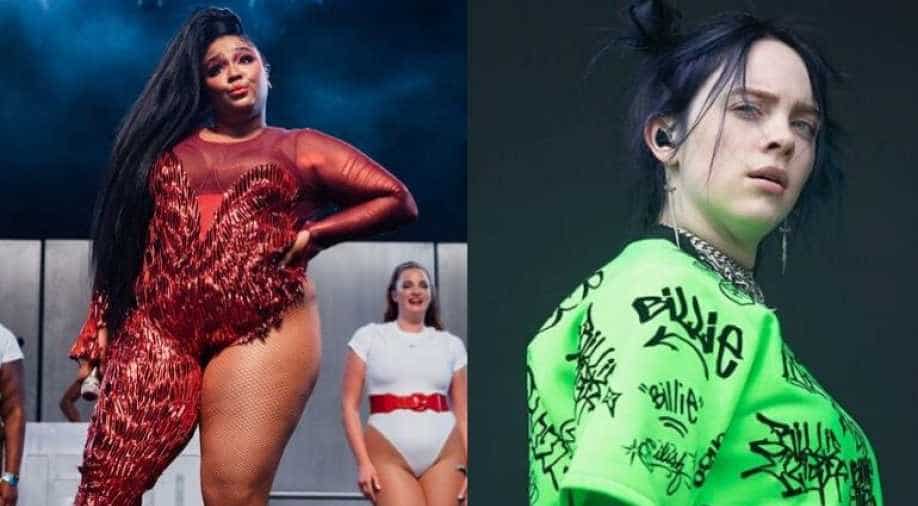 Teen sensation Billie Eilish looks set to crown a breakout year by taking home her first Grammy Awards on Sunday in a show that will feature the first Grammy performance by K-pop band BTS and a tribute to slain U.S. rapper Nipsey Hussle
.
Eilish, who turned 18 in December, is nominated for six Grammys, competing with fellow newcomers R&B artists Lizzo and country rapper Lil Nas X for the top prizes - album, record, song of the year and best new artist.

All three will perform on the Grammy stage in Los Angeles for the first time, joining a roster of stars including Ariana Grande, the Jonas Brothers, Camila Cabello, Demi Lovato, Blake Shelton and rock band Aerosmith.

With her green hair, shapeless clothes, whispery vocals and hard to define musical style, Eilish took the music world by storm in 2019 with her debut album "When We All Fall Asleep, Where Do We Go?" and hit singles like "Bad Guy" and "Everything I Wanted."

Also Read: Taylor Swift will not be attending Grammy Awards

She is also the youngest artist ever to have been chosen to write and perform the theme song for a James Bond movie. The song for "No Time To Die" has not yet been released.

Eilish "is in a rare position of being one of those artists that could sweep all four (top) categories, which does not happen very often," said Billboard`s Melinda Newman, executive editor for the U.S. West Coast and Nashville.

"People are really taken with the freshness, the depths, the darkness of the work. This is not someone in her teen years who is celebrating puppy love... People also like that she has claimed her own image and presentation," Newman added.

Lizzo, the "Truth Hurts" singer and advocate for body positivity, has also proved to be a breath of fresh air, along with Lil Nas X, whose "Old Town Road" record of the year nominee collaboration with Billy Ray Cyrus spent 17 weeks at the top of the U.S. charts.

The viral song, which inspired numerous mashups, will get its own moment on Sunday when BTS, electronic dance musician Diplo and other artists join Lil Nas X and Cyrus for what show producers call a one-of-a-kind performance. It will mark the first Grammy performance by the South Korean boy band.

Country singer Shelton and his fiancee Gwen Stefani will debut their new romantic duet "Nobody But You," while John Legend, Meek Mill and DJ Khaled will perform a tribute to slain Los Angeles rapper Nipsey Hussle, 33, who was gunned down in his own neighbourhood last year. Hussle is up for three Grammy awards on Sunday.

The Grammy winners are chosen by members of the Recording Academy, which is currently embroiled in a dispute over the departure of its new chief executive Deborah Dugan and her allegations of conflicts of interest in the nominations process.

The Recording Academy has denied the allegations and the dispute is not expected to affect the Grammy show.