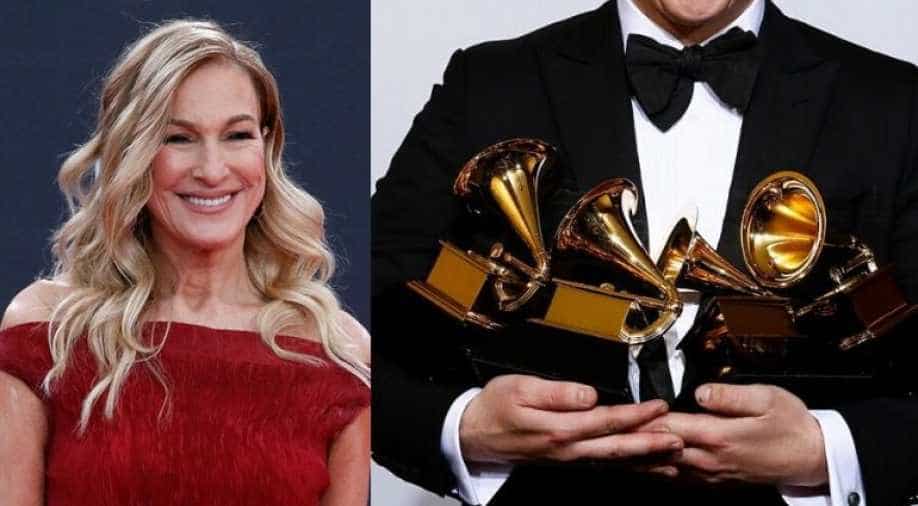 Deborah Dugan was appointed as the chief of Recording Academy in May 2019- the organisation which puts together Grammy awards each year. Photograph:( Twitter )

Media is terming it as the most explosive charge against the National Academy of Recording Arts and Sciences which organises the annual Grammy award every year.

Days before the Grammy Awards, the Recording Academy- the organisation that puts together the awards show- is in news for all the wrong reasons. Days after the Academy ousted it's chief Deborah Dugan, she has filed a complaint stating that the organisation put her on leave after she raised concerns about sexual harassment and other misconduct.

In her 44-page complaint before the Equal Employment Opportunity Commission in Los Angeles, Dugan has alleged that the Academy retaliated against her after she detailed the misconduct in December.

Media is terming it as the most explosive charge against the National Academy of Recording Arts and Sciences.

Dugan stated that she was asked to hire her predecessor, Neil Portnow, as a consultant of the Academy despite the fact that there were allegations against him for raping a foreign female recording artist, "which was, upon information and belief, the real reason his contract was not renewed," states the complaint.

Dugan's allegation comes just days before the Grammy Award ceremony - which is set to be held in Los Angeles on Sunday.

In her complaint, Doug also states that she sent an email to the head of the Academy's human resources department saying she had been sexually harassed by Joel Katz, an attorney who is general counsel to the Academy.

"The email also detailed egregious conflicts of interest, improper self-dealing by Board members and voting irregularities with respect to nominations for Grammy Awards, all made possible by the 'boys club' mentality and approach to governance at the Academy," the complaint states.

It adds that after sending the email, Dugan put the Academy on notice that she planned to take legal action.

Dugan alleges that instead of taking action against Katz, the Academy retaliated against her by putting her on leave on false charges of misconduct.

Dugan had replaced Portnow in May 2019 and was the first woman to lead the Recording Academy.

Dugan also alleges that an unidentified recording artist accused Portnow of raping her following a performance she gave at Carnegie Hall in New York. Portnow is yet to react on the allegations against him.

Meanwhile, the Recording Academy refuted Dugan's complaints while speaking to news agency AFP, and said her actions would naturally be affecting the upcoming awards night.

"It is curious that Ms Dugan never raised these grave allegations until a week after legal claims were made against her personally by a female employee who alleged Ms Dugan had created a 'toxic and intolerable' work environment and engaged in 'abusive and bullying conduct,'" the Academy's statement reads.

It adds that a probe was underway to review Dugan's potential misconduct and her allegations.

"Ms Dugan was placed on administrative leave only after offering to step down and demanding $22 million from the Academy, which is a not-for-profit organization," the statement said.

"Our loyalty will always be to the 25,000 members of the recording industry. We regret that Music's Biggest Night is being stolen from them by Ms Dugan's actions and we are working to resolve the matter as quickly as possible," the statement further read.

"Ms Dugan's allegations of harassment and her description of a dinner at the steakhouse in The Ritz-Carlton Laguna Niguel (near Los Angeles) are false," he told AFP.

"Ms Dugan's claims are made, for the first time, seven months after this dinner took place," he added. "Mr Katz will cooperate in any and all investigations or lawsuits by telling the absolute and whole truth. Hopefully, Ms Dugan will do the same.”

The 2020 Grammy celebration was to be the first under Dugan considering she took charge in May last year- four months after the Grammys took place.

When the Grammy nominees were announced in November, Dugan had heralded "a new era for the Recording Academy," pointing to "an army of engaged members that welcomes diversity, embraces creativity and champions young musicians on the rise."

In 2018, after the Academy was accused of making the Grammys consistently too male and too white, the body appointed a special task force to make music world's biggest awards show more diverse.