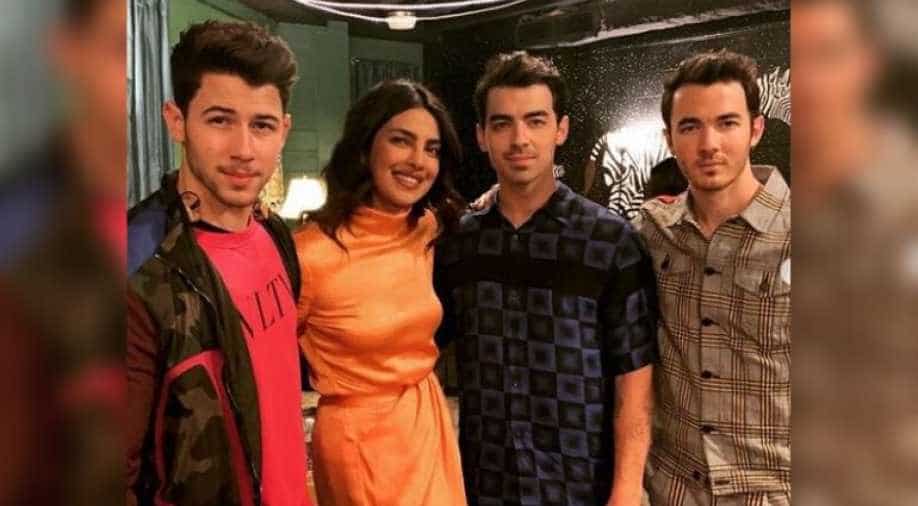 The Jonas Brothers have been nominated under the category Best Pop Duo, Group Performance for their latest track 'Sucker'.

As Jonas Brothers received the official nomination for Grammys 2020 on Wednesday, Priyanka Chopra congratulated her husband Nick Jonas and his brothers Joe and Kevin Jonas for the milestone.

Priyanka heaped the praises on the singer brothers by taking to her Twitter. She posted small footage wherein Nick, Kevin, and Joe can be seen rehearsing and playing a few instruments.

"So proud of you @jonasbrothers!! I love you @nickjonas @joejonas @kevinjonas @RecordingAcad #GRAMMYs," she wrote alongside the clip. 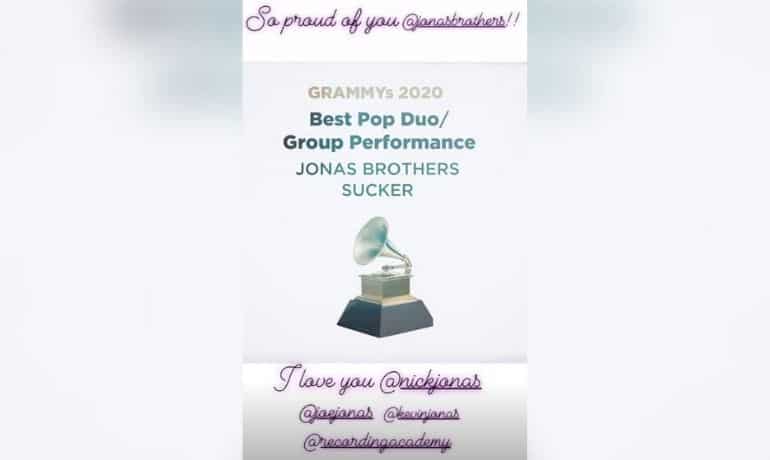 The big day for the pop-rock band came after a long time as they received their last nominations under the category Best New Artist back in 2008.

The Jonas Brothers have been nominated under the category Best Pop Duo/Group Performance for their latest track 'Sucker', whose music video also stars Priyanka and Sophie Turner. See inside pics of the Grammys event here.

Along with Jonas Brothers, Shawn Mendes and Camila Cabello's 'Senorita' have also been nominated in the same category. See the full list of Grammys 2020 nominations here.

The prestigious awards will be presented in 84 categories to honour the best performers of the industry who have had their releases between October 1, 2018, and August 31.

Meanwhile, the 37-year-old actor is currently shooting for her next 'The White Tiger' in the national capital. The film is based on the Booker Prize-winning book of the same name by Aravind Adiga.

Ramin Bahrani, who recently directed Michael B. Jordan and Michael Shannon starrer 'Fahrenheit 451,' will be directing the project, reported by the news agency.

Apart from PeeCee and Rajkummar, newcomer Adarsh Gourav will also be seen in the film produced by Mukul Deora. The book is about the story of an extraordinary journey of a self-made man from a tea-shop worker in a village to a successful entrepreneur in a big city.