Good Newwz: Akshay Kumar shot for a high-octane party song with a back injury 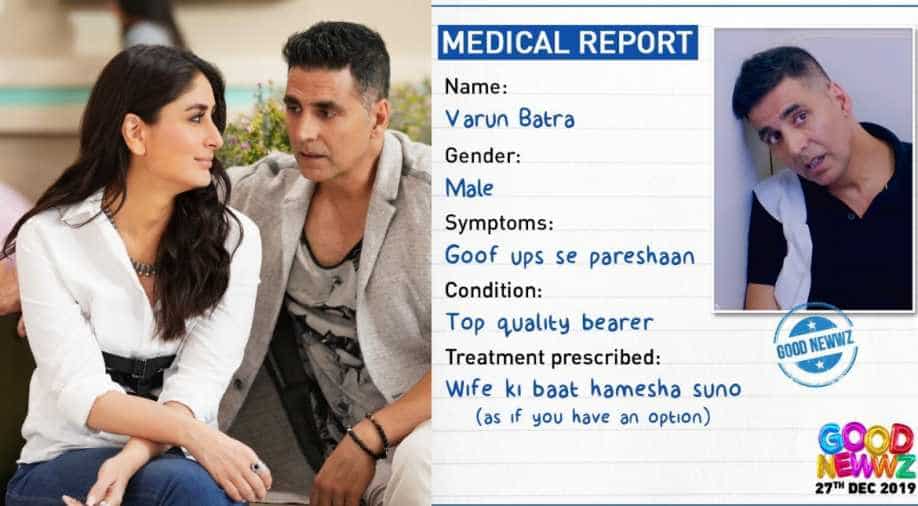 This happened a few weeks ago when Akshay Kumar was to shoot for a song for his film but he woke up with severe back pain owing a back injury that he suffered a couple of months back.

You might have heard of Akshay Kumar’s professionalism and punctuality but he gave a live example to his director recently while shooting for upcoming film ‘Good Newwz’.

The actor who is currently undergoing physiotherapy sessions for his back injury filmed for a song even while he was in pain as it was pre-scheduled and Akshay Kumar didn’t want his director or the fellow cast to face inconvenience.

This happened a few weeks ago when Akshay Kumar was to shoot for a song for his film but he woke up with severe back pain owing a back injury that he suffered a couple of months back. It didn’t stop him though and he went on to the set.

Film director Raj Mehta cited in a published report said, "Akshay was also running a fever on the night before the shoot. We weren't expecting him to show up, but surprisingly, he did, and even managed to pull off the choreography set by Bosco [Martis]. It was a relief for him as getting the entire cast together for the song on other dates would have been very difficult considering the film has big names like Kareena Kapoor Khan, Diljit Dosanjh and Kiara Advani.

Watch the teaser of the song here:

He added, "As soon as I announced cut, I could see that he was still in pain. I had heard numerous stories of his professionalism over his 25-year career, but to witness it first-hand was amazing."

A source from the set said that the makers had erected an expensive set in Chandigarh for the song, which was to be filmed over three days. "Akshay had sustained a back injury a few months ago, and it was triggered during a workout session. The team deployed a physiotherapist on set. Akshay completed the shoot before schedule."