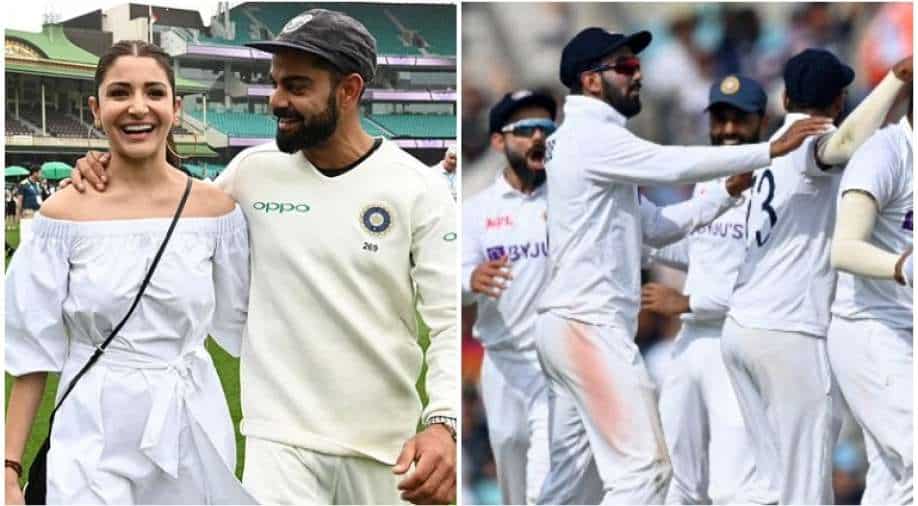 Currently, Anushka Sharma is in Dubai with Virat Kohli, who will compete in the Indian Premier League (IPL) 2021.

As Virat Kohli announced his decision to step down from the role of India’s T20 captain after the T20 World Cup in UAE, wife Anushka Sharma reacted.

Sharing Virat’s statement on her timeline, Anushka Sharma dropped a red heart emoji with the post.

Meanwhile, Virat Kohli's post reads: "Understanding workload is a very important thing and considering my immense workload over the last 8-9 years playing all 3 formats and captaining regularly for last 5-6 years, I feel I need to give myself space to be fully ready to lead the Indian Team in Test and ODI Cricket. I have given everything to the Team during my time as T20 Captain and I will continue to do so for the T20 Team as a batsman moving forward." 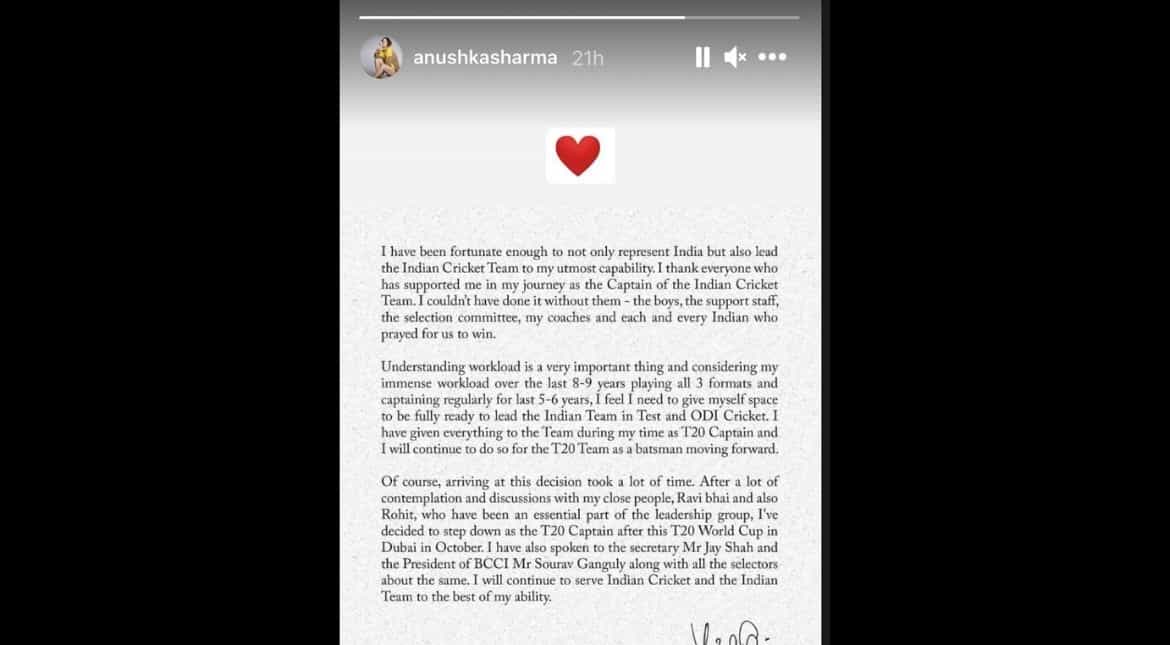 "Of course, arriving at this decision took a lot of time. After a lot of contemplation and discussions with my close people, Ravi bhai and also Rohit, who have been an essential part of the leadership group, I've decided to step down as the T20 Captain after this T20 World Cup in Dubai in October. I have also spoken to the secretary Mr Jay Shah and the President of BCCI Mr Sourav Ganguly along with all the selectors about the same. I will continue to serve Indian Cricket and the Indian Team to the best of my ability," he also said.

Currently, Anushka Sharma is in Dubai with Virat Kohli, who will compete in the Indian Premier League (IPL) 2021 that resumes on Sunday.