Ajay Devgn buries his differences with Karan Johar, shoots for 'Koffee With Karan' with wife Kajol 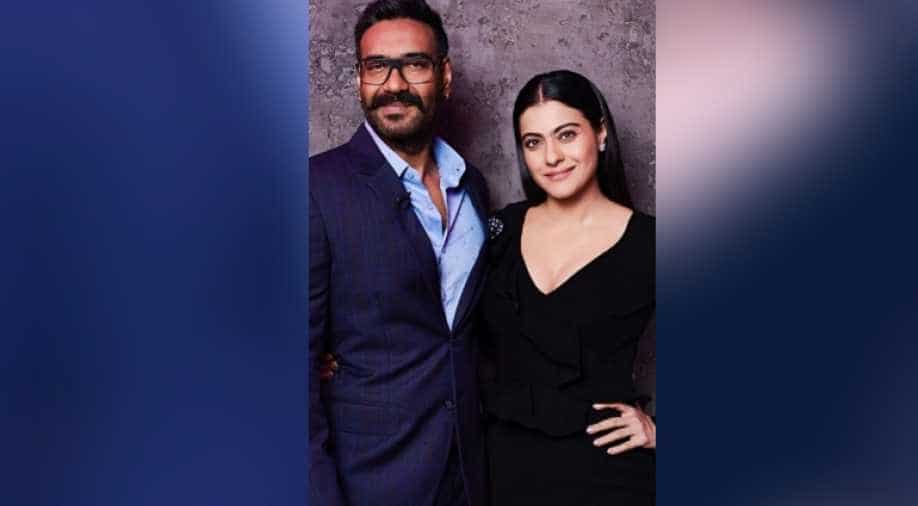 Kajol and Ajay Devgn on the sets of 'Koffee With Karan' Photograph:( Instagram )

'All is well' Kajol captioned the image of the trio posing on the sets of 'Koffee With Karan'.

Not many years ago, Karan Johar's 'Ae Dil Hai Mushkil' and Ajay Devgn's 'Shivaay' were set to clash at the Box Office as they were both releasing on Diwali. A few weeks prior to the film's release, Devgn, who had starred, produced and directed the film, accused Johar of paying self-proclaimed critic Kamaal R Khan Rs 25 lakh to badmouth 'Shivaay'and praise ADHM.

Things turned worse when Kajol retweeted Ajay Devgn's accusations saying, "Shocked!". That seemed the end of Kajol and Karan Johar's friendship and KJo in his book, 'An Unsuitable Boy' accused Kajol of ending their 20 years long friendship without hearing his side of the story.

But that seemed to be a thing of past. On Thursday, Kajol and Ajay Devgn shot for an episode of 'Koffee With Karan'.

The actress shared images of her and her husband on the sets of the show on Instagram.

Kajol and KJo reportedly made up sometime last year but it was refreshing to see Devgn and the filmmaker patching up and letting go of the past differences. What is more unique is the fact the Kajol and Ajay Devgn will be sharing the couch together for the first time. Both have appeared on the show earlier but with other celebrities.

This is one episode that will be interesting to watch as one can be assured that Johar, the chat show host, will bring up Devgn and his feud and discuss it on the national TV.

This season has seen some interesting pairing of guests. Saif Ali Khan and his daughter Sara will feature in the upcoming episode. Johar has also shot with Arjun and Janhvi Kapoor, Diljit Dosanjh and Badshah, Abhishek and Shweta Bachchan, Ayushmann Khurrana and Vicky Kaushal.