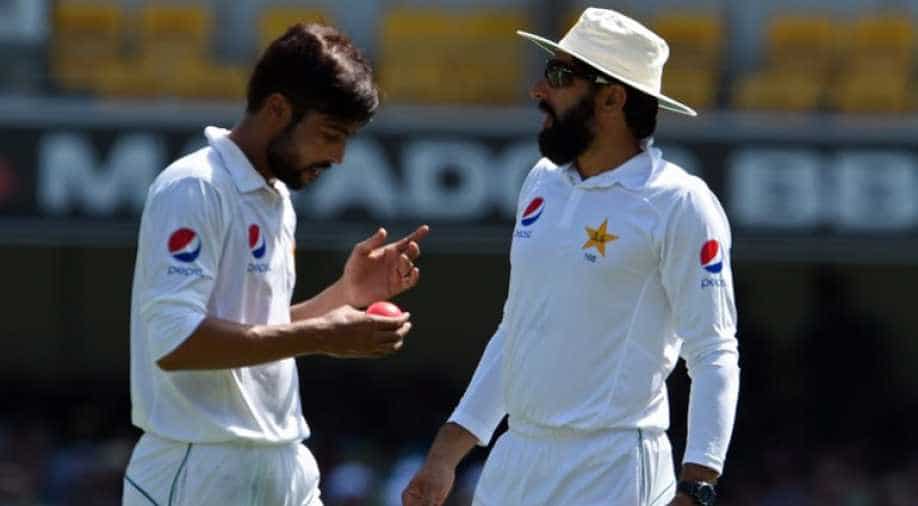 Rahat Ali grabbed his first wicket of the match when he had opener Matt Renshaw edge to Younus Khan for six in the slips. Photograph:( AFP )

Australia captain Steve Smith declared Australia's second innings closed at 202 for five during dinner on day three of the first day-night test against Pakistan in Brisbane on Saturday, setting the touring side a mammoth victory target of 490.

Usman Khawaja scored 74 and captain Steve Smith smashed 63 off 70 balls as the home side sought to bat Pakistan out of the game after declining to enforce the follow-on on a steamy day at the Gabba.

Peter Handscomb was unbeaten on 35 and wicketkeeper Matthew Wade on one before Smith's declaration.

Pakistan's batsmen face a stiff task to keep their wickets in the evening session with the pink ball at its most devilish.

Pakistan were bowled out for 142 before tea, 287 runs short of Australia's first innings 429.