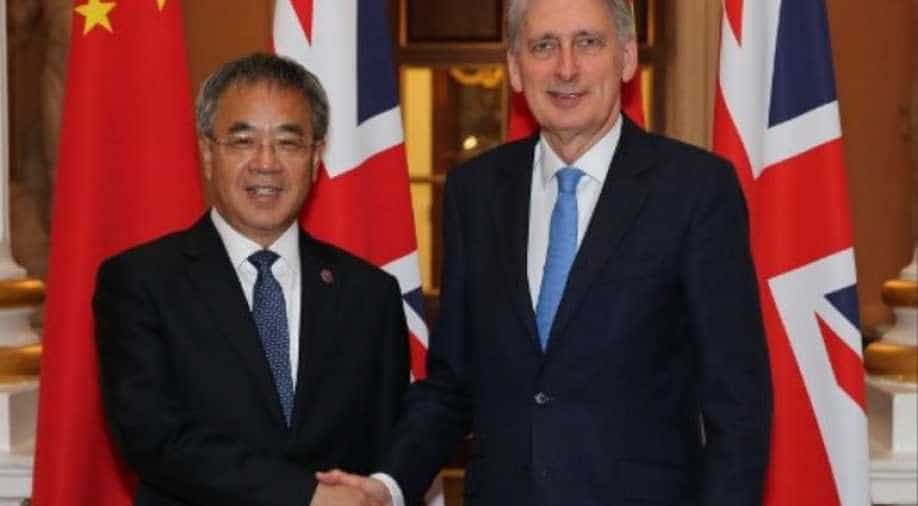 The announcement Monday was the 'centrepiece' of the UK-China Economic and Financial Dialogue, the Treasury said.

Britain and China began selling shares in each others' companies Monday under a landmark deal, Britain's Treasury announced, as London looks to remain a leading financial centre post-Brexit.

Launch of the London-Shanghai Stock Connect marks "the first time that any foreign company will be able to list in mainland China", a statement said, as the UK seeks to extend close trading ties with the Asian powerhouse, despite strains caused by the Huawei fallout.

The announcement Monday was the "centrepiece" of the UK-China Economic and Financial Dialogue, the Treasury said.

Hammond said in the statement: "London is a global financial centre like no other, and today's launch is a strong vote of confidence in the UK market.

"Stock Connect is a ground-breaking initiative, which will deepen our global connectivity as we look outwards to new opportunities in Asia."

The link-up allows investors to trade across London and Chinese time zones and ultimately raise fresh capital, although unlike UK companies, not every Chinese-listed firm is eligible to take part.

"The culmination of four years' work, Stock Connect will mean, for the first time, that international investors will be able to access China A-shares from outside of Greater China, and through international trading and settlement practices," the UK Treasury explained.

"Stock Connect will not require any direct trading infrastructure links," it added.

There are almost 1,500 companies listed in Shanghai, including more than 260 potentially eligible to take part in Stock Connect and list in London, the statement added.

Catherine McGuinness, policy chief for the City of London financial district, described the agreement as "good news for the UK, China and the wider global economy".

She added: “Innovation is key to London maintaining its position as a leading international financial hub."