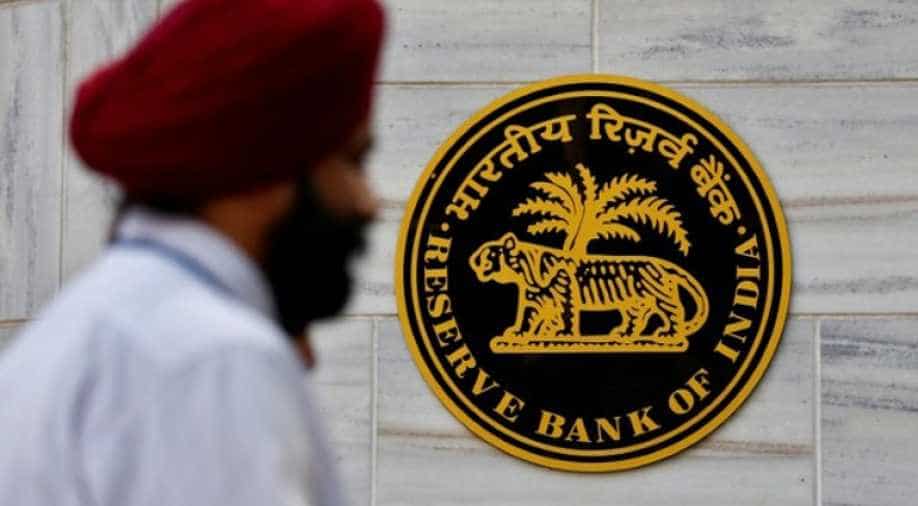 The rate cut will likely ease some of the pressure from the government and markets for action to lift the economy, which had annual growth in January-March of 6.1 per cent, fast by global standards but India's lowest number in over two years. Photograph:(Reuters)
Follow Us

The Reserve Bank of India cut its main policy rate on Wednesday by a quarter percentage point to a more than 6-1/2 year low, saying a slump in inflation opened room for monetary easing while pinning further action on upcoming economic data.

The rate cut is the RBI's first easing move since one of the same size in October and the first by a central bank in Asia since December - a show of confidence in a country that has experienced a surge in foreign investments into debt and shares this year.

Cutting the repo rate by 25 basis points to 6.00 per cent -- the lowest since November 2010 -- had been widely anticipated as a slump in food prices sent June consumer inflation to a more than five-year low of 1.54 per cent.

The RBI said easing prices had provided "some space" for monetary policy accommodation: inflation is now well below the RBI's 4 per cent target and its projection of 2.0-3.5 per cent in April-September.

The rate cut will likely ease some of the pressure from the government and markets for action to lift the economy, which had annual growth in January-March of 6.1 per cent - fast by global standards but India's lowest number in over two years.

But the RBI also retained its "neutral" stance, and warned inflation could accelerate while pinning future action on data -- a view that leaves open the question of whether it will cut rates further, as sought by the government.

"The MPC (monetary policy committee) remains focused on its commitment to keeping headline inflation close to 4 per cent on a durable basis," the RBI said in a statement.

The most liquid 10-year bonds initially fell after the decision, but then rebounded to trade flat for the day, with the yield at 6.45 per cent, up 1 bps from its Tuesday close.

The rupee also gave up earlier gains to trade at around 63.80 per dollar, close to its levels before the RBI statement. The broader NSE share index was down 0.3 per cent.

The RBI stuck to its inflation projections, including that price increases could accelerate to 3.5 per cent to 4.5 per cent in October-December.

The central bank attributed its prediction on factors such as planned pay hikes for government employees, a recovery in food prices, and the impact on prices from the launch of a national goods and services tax on July 1.

Economists were widely split about whether the RBI would cut rates again. Its next policy meeting is Oct 3-4.

"Economic growth has come down substantially, and from that perspective, further stimulus is required for the economy in terms of reduction in the interest rate," said Anita Gandhi, a director at brokerage Arihant Capital in Mumbai.

"If RBI gets confirmation that inflation will remain in the lower territory, there is a possibility of a further rate cut."

Four members of the committee voted to cut rates by 25 bps, while one voted for a 50 bps cut and one voted to leave rates unchanged.