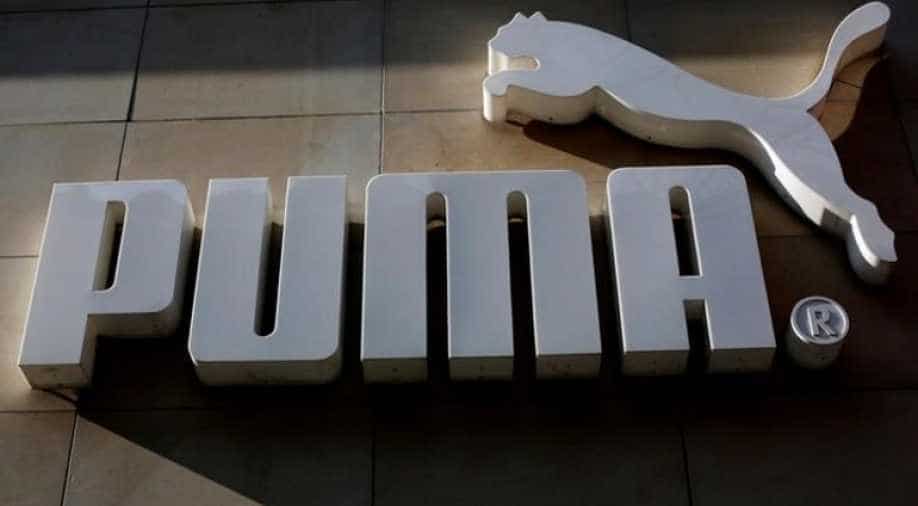 Puma expects gross margins to be squeezed by discounting in the fourth quarter, despite a new collection from singer Rihanna helping the German sportswear company raise its 2017 sales and operating earnings outlook.

Puma said on Tuesday that third-quarter sales rose a currency-adjusted 23 percent in Europe, Middle East and Africa, 16 percent in the Americas and 10 percent in Asia/Pacific.

Like its German rival Adidas, which reports results on Nov. 9, Puma has been enjoying a revival in the U.S. market, as shoppers snap up its retro styles instead of basketball shoes, hurting Under Armour and Nike.

"Rihanna's relationship with us makes the brand actual and hot again with young consumers," Chief Executive Bjorn Gulden told a media call, adding that growth in Puma's gear for women was outstripping other areas of the business.

Puma, which was bought by French luxury goods company Kering in 2007, had been struggling for years, but analysts expect Kering could seek to sell its stake in the course of 2018 now that the German brand is performing well again.

Gulden cautioned that fourth-quarter gross margins could be weaker due to heavy discounting, particularly in the United States where retailers are struggling, and in Europe, due to mild weather deterring shoppers from buying winter gear.

Nike last month posted its slowest quarterly sales growth in nearly seven years in the face of intensifying competition from Adidas and Puma and a looming price war amid retailers.

Puma shares, which had jumped last week after the company hiked its outlook, were down 2 percent at 0818 GMT. Its market capitalisation is now 5.3 billion euros ($6.23 billion), back at the level at which Kering bought it.

Kering is expected to pursue a dual track initial public offering-auction to spin off Puma next year, not before, the Business of Fashion website reported, citing investment bankers in Paris and London.

Gulden said he had not heard anything about a possible sale, noting there have been repeated media reports suggesting a Kering disposal is imminent in recent years.

Puma said growth had been driven in particular by footwear, with sales up a currency adjusted 23 percent, and accessories, which rose 24 percent, while sales of apparel were up 8 percent.

Puma said its retro "Basket Heart" sneakers and "Ignite Limitless" running shoes were particularly popular and women's sales were helped by a Rihanna collection launched in September as well as a partnership with singer and actress Selena Gomez.

Puma named Rihanna as its women's creative director in 2014 as sportswear firms seek to tap into the booming market for female leisure gear, which Gulden said now accounts for about a third of its business although women also buy unisex products.