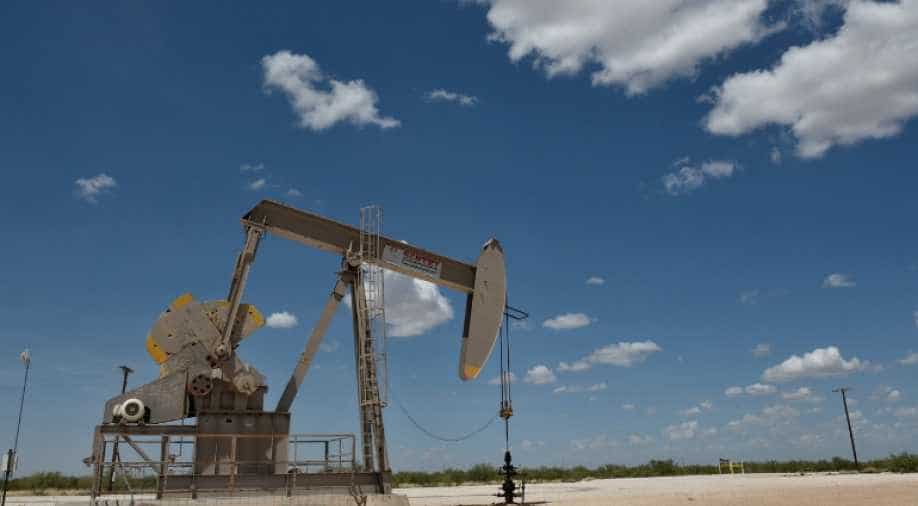 Oil slipped on Friday amid concerns over the outlook for the global economy, but output cuts agreed by major exporters underpinned crude prices and kept markets on track for a strong weekly climb.

Traders said the declines came on lingering concerns over the health of the global economy.

"If we experience an economic slowdown, crude will underperform due to its correlation to growth," said Hue Frame, portfolio manager at Frame Funds in Sydney.

Most analysts have downgraded their global economic growth forecasts below 3 per cent for 2019, with some even fearing a looming recession amid trade disputes and spiralling debt.

For now, however, there is hope that the trade war between Washington and Beijing may be resolved as global markets, including oil, took heart from talks between the two sides this week.

Despite Friday's price falls, Brent and WTI are set for weekly gains of more than 7 and 8 per cent respectively.

Beyond global economics, oil markets are receiving support from supply cuts led by the Organisation of the Petroleum Exporting Countries (OPEC) aimed at reining in a glut that emerged in the second-half of 2018.

A key reason for the emerging glut was the United States where crude oil production soared by more than 2 million barrels per day (bpd) in 2018 to a record 11.7 million bpd.

Consultancy JBC Energy this week said it was likely that US crude oil production was already "significantly above 12 million bpd" by January 2019.

Given the overall supply and demand balance, Swiss bank Julius Baer said it was "price neutral" in its oil forecast.

"We see the oil market as well balanced into the foreseeable future, as the petro-nations make space for further US shale production growth," said Norbert Ruecker, head of commodity research at the bank.