Indian cotton stockpiles to fall by a third as output plunges 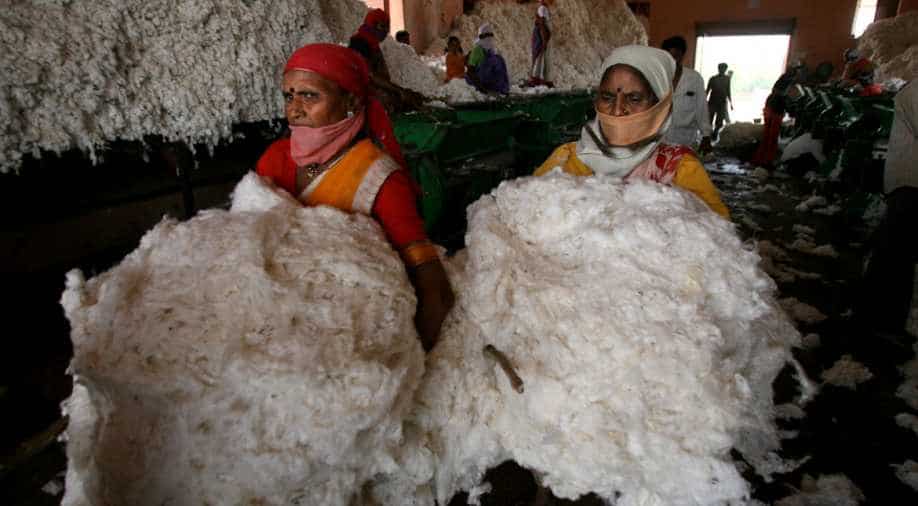 India is the world's largest producer of cotton. Photograph:( Getty )

Mumbai: Cotton stocks in India, the world's biggest producer, are likely to fall by a third to 4.3 million bales at the end of 2015/16 season as drought slashes output to the lowest level in six years, a senior government official said.

Lower stockpiles will limit India's exports in the next marketing year starting from Oct. 1 and support global prices that have risen to a two-year high on Wednesday.

India's production fell 12.4 percent from a year ago to 33.8 million bales in the in the current year, the lowest level since 2009/10, Textile Commissioner Kavita Gupta said on Wednesday following a meeting of the state-run Cotton Advisory Board.

Stockpiles were depleted after drought and pest attacks reduced yields, while exports rose 17.8 percent to 6.8 million bales, she said.

The country mainly exports the fibre to Pakistan, Bangladesh, Vietnam and China.

"A large amount of imported cotton is expected to land in July. It will help in moderating prices," Gupta said.

For 2016/17 marketing year Indian farmers have cultivated cotton on 6.79 million hectares as at July 8, down 23 percent from a year ago, farm ministry data showed.

Gupta said sowing is likely to pick up in coming weeks as monsoon rains have covered the whole of India.

Cotton planting in India is likely to fall to the lowest in seven years in the 2016/2017 marketing season as farmers switch to other crops.