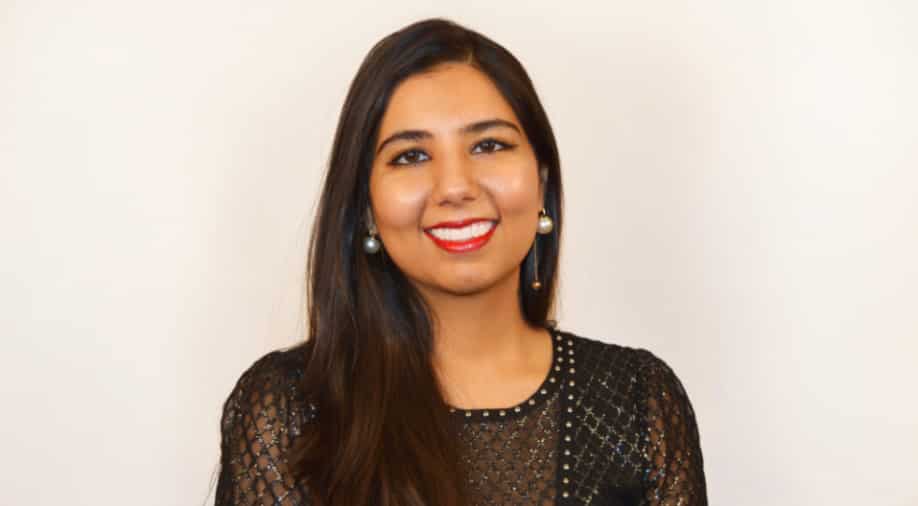 Arora — she uses her family name first and prefers to be called Arora — said that as a grandchild of people who were once refugees, she was acutely aware of difficult odds.

UNITED NATIONS — Never mind that Arora Akanksha has worked at the United Nations for only about four years, as an auditor recruited from an accounting firm. Put aside that at age 34, she has no diplomatic experience.

And forget that she is less than half as old as the incumbent she wants to replace, Secretary-General António Guterres, 71, the veteran Portuguese statesman and former U.N. High Commissioner for refugees.

Arora — she uses her family name first and prefers to be called Arora — said that as a grandchild of people who were once refugees, she was acutely aware of difficult odds.

But with a $30,000 campaign budget drawn largely from her savings, a website and a social media promotion that begins with, “People in my profession aren’t supposed to stand up to the ones in charge,” Arora has declared herself a candidate to be the next leader of the United Nations.

On Feb. 17, Arora, a native of India and citizen of Canada, submitted a formal letter of application for the 2022-27 term. “We are not living up to our purpose or our promise,” the letter stated. “We are failing those we are here to serve.”

No country has yet formally endorsed her unlikely candidacy. But if nothing else, Arora’s boldness has touched a nerve at the 193-member organization and thrown attention on the historically opaque way that its leader is picked. While the process has been made more transparent compared with the backroom bargaining that prevailed years ago, it is nonetheless widely expected that Guterres will win a second term when the selection is made in October.

Arora’s message, she said, is that the United Nations is sclerotic, wasteful, adrift, paternalistic and patronizing toward many of the younger members of its staff of 44,000 people around the world.

According to one of her campaign videos on YouTube, only about 29 cents of every dollar, from the U.N.’s total annual revenue of roughly $56 billion, goes to actual causes.

“We spend our resources on holding conferences, writing reports,” Arora, an audit coordinator for the U.N. Development Program, said in an interview. “All these frivolous activities that are advertising. We have lost course on why we exist, what we’re supposed to do.”

If the United Nations were a private company, she said, “it would have been, like, out of business.”

Far from dismissing her ambition as foolish or quixotic, friends and supporters admire her nerve and penchant for speaking her mind.

“She’s fearless,” said Pauline Pamela Pratt, a colleague at the U.N. Population Fund who worked with Arora in 2019. “She’s not afraid to be who she is, even among people who have authority over her.”

When Pratt learned of Arora’s plans to seek the secretary-general job, she recalled having expressed surprise “but then thought, ‘Why not go for it?’”

Some see Arora as naive about the geopolitical forces that have shaped the United Nations over more than 75 years. Others have wondered how, precisely, she would reduce expenses for travel and other costs of running its far-flung operations.

While the secretary-general may have a bully pulpit, the position holds little real power, and its occupant is basically beholden to the five veto-wielding permanent members of the Security Council — Britain, China, France, Russia and the United States — which play a decisive role in who is ultimately chosen.

“I’m sure she has no chance and equally sure that she knows that,” said Edward Mortimer, a former U.N. official who was the chief speechwriter for Kofi Annan, the secretary-general from 1997 to 2006. “It’s a brave way of demonstrating unhappiness, which I’ve no doubt is quite widely shared by her colleagues.”

Asked recently about Arora, Guterres’ spokesperson, Stéphane Dujarric, told reporters, “Let me put it this way. I speak for the incumbent candidate, but we have no comment on anyone else who may wish to put their hat in the proverbial ring.”

Arora, who has taken a leave of absence from work for her campaign, said she had received many positive messages from co-workers and more than 2,600 votes on her website, and she is hoping to make her case to U.N. ambassadors in the next few months.

“This is not even a place that challenges, because they go through countries politically and negotiate,” Arora said. “So yeah, this is a straight-on challenge, and I don’t want to play games or anything; I just want to run an honest campaign.”

Not widely known outside her workplace, Arora has committed a number of head-turning firsts.

She is the first person known to officially challenge an incumbent seeking a second term and the first millennial-generation candidate. And if she prevailed, Arora would be the first woman to lead the United Nations — a precedent nearly achieved in 2016 when seven prominent women were in the running with Guterres.

Arora talked about her life and ambition recently in an interview at the U.N. headquarters, a few blocks from her studio apartment on Manhattan’s East Side.

She lives frugally; speaks daily with her parents, who are “very supportive,” Arora said; and reads Harry Potter books to relax. Her wardrobe of brightly colored dresses, including six acquired from Uganda and Kenya in 2017 while on a field assignment, stands out among the suits in her workplace.

As for why she aspired to lead the United Nations, Arora traced the reasons partly to her own refugee family background, to a Manhattan taxi accident that sent her to the hospital, and to her memory of a malnourished child in Uganda.

Like many Hindus, her grandparents fled from Pakistan to India after the 1947 partition, a fact that colors her outlook on the world. Asked about the possibility of losing to Guterres, she said, “Refugees have no plan B, hence I have no plan B.”

Arora was born in Haryana, a northern Indian state, and spent her youngest years in Saudi Arabia, where her parents, both doctors, had relocated. From age 9 to 18 she was back in India attending boarding school, she said, and then decided to move to Canada, where she graduated from York University with honors and worked for PricewaterhouseCoopers Canada as an auditing manager.

Hired in December 2016 by the United Nations to help improve its internal financial controls, Arora said her admiration for the organization soon turned to shock.

“The system is so amazing on the outside, but there’s no coherence for getting things done,” she said.

Just weeks into the job, she was struck by a taxi after work, and as she lay on a hospital bed with a fractured left knee, she thought, “If I died, what would my legacy be?”

That, she said, was “my big awakening moment.”

That summer while working in Uganda, Arora said, she encountered a child eating mud. “That image stuck in my head,” she said, recalling how she told a senior U.N. official back in New York about it. His seemingly callous response stunned her.

“He said, ‘Mud has iron,’” she said. “That was the first time I was speechless in my life.”

The exchange, she said, “was one of the big triggers for me.”

She plunged into learning more about U.N. history and went back to school while she kept working. She attended Columbia University’s graduate program in public administration, where she befriended a fellow student, Anne-Carine Frederique, a Haitian American who had once interned at the United Nations and whose extended family in Haiti had suffered from a cholera epidemic that medical experts traced to U.N. peacekeepers — an enduring stain on the organization’s legacy.

With their shared criticisms of the United Nations, one thing led to another, Arora said, and Frederique, who works at Columbia’s business school, now helps manage her secretary-general campaign.

While Arora has not received explicit endorsements from powerful U.N. figures, neither has she been discouraged. Mary Robinson, a former High Commissioner for Human Rights and former president of Ireland who was once considered a contender for secretary-general, said, in an emailed statement, that she welcomed Arora’s candidacy as “entirely healthy.”

“I share many of the concerns raised by Arora Akanksha about the need to promote more women and younger staff members into management and leadership roles,” her statement said.

Lyric Thompson, senior director of policy and advocacy at the International Center for Research on Women — a group that has been grading Guterres’ record on gender issues and last year gave him a B — said Arora’s candidacy should not be underestimated.

“There has been increasing demand for feminist leadership for some time,” Thompson said. “From A.O.C. to Jacinda Ardern, we know better than to count out young female voices.”