White House chief of staff not quitting, says job is not to control Trump 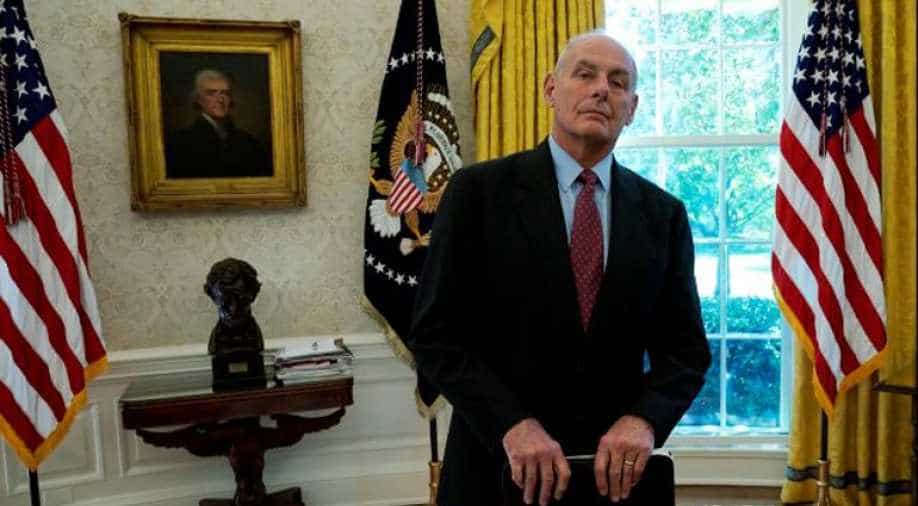 White House chief of staff John Kelly slapped down rumours that he was about to resign or be fired and said on Thursday his push to bring more order to the West Wing does not extend to controlling President Donald Trump or his social media habits.

In a rare appearance before reporters, the retired general sought to project an aura of calm in a White House that has been criticised as chaotic.

"Unless things change, I'm not quitting, I`m not getting fired, and I don`t think I`ll fire anyone tomorrow," Kelly told reporters.

Kelly replaced Trump's first chief of staff, Reince Priebus, after a tumultuous first six months in office and sought to bring order to an often chaotic operation at the White House.

Under his watch, Trump parted ways with chief strategist Steve Bannon and other top officials, while new restrictions were set to streamline meetings and material for the president.

But reports of both Kelly's and the president's frustrations have persisted, sparking continued speculation of pending shakeups.

Trump has confided to friends that he has felt constrained by some of Kelly’s moves to limit access to him and some administration officials have privately chafed at the restrictions as well, sources familiar with the internal dynamics of the White House have said.

Disarray within the executive branch has concerned officials outside the administration. Republican Senator Bob Corker has said Kelly is one of three officials including Secretary of Defense James Mattis and Secretary of State Rex Tillerson as "those people that help separate our country from chaos."

He later told the New York Times that Trump risked setting the nation "on the path to World War Three."

Critics of the president say his frequent use of Twitter has contributed to a sense of chaos.

But the retired Marine made clear that he did not see his job as the arbiter of Trump's tweets, pushing back at criticism that his penchant for order and organisation had not extended to control over the president`s favourite mode of social media communication.

"I was not brought to this job to control anything but the flow of information to our president so that he can make the best decisions," Kelly told reporters.

"I was not sent in to or brought in to control him and you should not measure my effectiveness as a chief of staff by what you think I should be doing," he said.