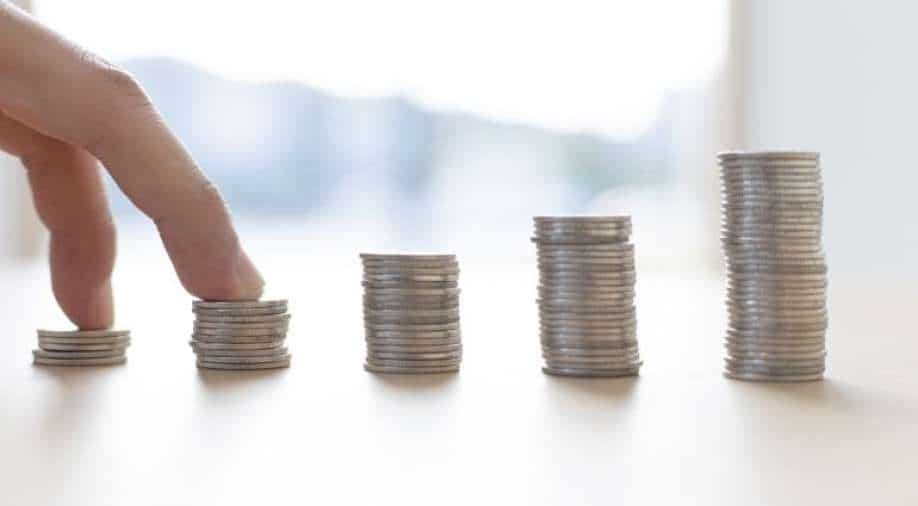 Inflation came in strong and wage growth remained elevated at the end of 2021, setting the stage for a challenging economic year in which the Federal Reserve and White House will try to maintain momentum in the job market while wrestling price gains under control.

The personal consumption expenditures index, the Fed’s preferred inflation gauge, came in at 5.8% in December, up from 5.7% the prior month. That beat out the prior month to become the fastest pace since 1982.

Inflation is moderating somewhat on a monthly basis, but its still-high annual readings come at a moment when pay is picking up briskly. While robust wage growth is good news for workers, it also increases the risk of sustained high inflation: Companies may raise prices to try to cover rising labour costs.

The Employment Cost Index, a measure of pay and benefits the Fed watches closely, picked up 1% in the final quarter of 2021 from the prior year. While that was less of a gain than the 1.2% economists in a Bloomberg survey had forecast, it capped a robust year of increases: The gauge climbed 4% in the year through the fourth quarter, with its wages and salaries measure picking up 4.5%.

That marked the fastest pace of increase for both the overall compensation and the wages and salaries measure since the data series started two decades ago.

“Overall wage growth, on a nominal basis, is still pretty strong,” said Omair Sharif, founder of Inflation Insights — referring to the data before they are adjusted for inflation. “The downside is that inflation is eating away at all of these nominal gains.”

Price gains are also chipping away at consumer confidence, making inflation a political liability for the Biden administration and Democrats during a midterm election year. While the White House has taken steps aimed at relieving pressure on choked supply chains, the job of slowing down demand to bring prices under control rests primarily with the Fed.

The Fed’s policymakers have signalled that they will likely begin to raise interest rates at their March meeting as they try to prevent today’s quick price increases from becoming a more permanent feature of the economic landscape. Markets are nervously eyeing the Fed’s next steps, trying to gauge how much it will raise rates and how rapidly. Higher borrowing costs could slow down economic growth and lower stock prices, taking some of the buoyancy out of the U.S. expansion.

Economists do expect inflation to fade this year, though tangled supply chains make it difficult to gauge when that will happen. The world’s trade system remains under pronounced stress, based on various measures — including one produced by the Federal Reserve Bank of New York that incorporates backlogs, delivery times and inventories.

Inflation sped up starting last year as people bought more goods, aided by repeated government relief checks and other federal benefits. The world’s factories and shipping lines have struggled to keep up with demand, resulting in rising prices for cars, lumber and clothing. While spending has moderated somewhat recently — it fell in December as omicron spread, as goods consumption declined — it is unclear whether that is a blip caused by the pandemic or a lasting pullback.

Fed officials have been watching for signs that inflation, which they have projected will ease to less than 3% by the end of the year, might instead linger.

“We are attentive to the risks that persistent real wage growth in excess of productivity could put upward pressure on inflation,” Jerome Powell, the Fed’s chair, said during a news conference Wednesday. Friday’s data could offer officials some slight reprieve.

Powell had in December specifically cited the previously Employment Cost Index reading — which came in high during the third quarter — as one reason that the Fed had decided to shift from stoking growth to preparing to fight back if inflation becomes long-lasting.

The fact that the measure did not pick up as sharply as expected in the final quarter of the year could give investors some confidence that the central bank’s policy-setting group, the Federal Open Market Committee, will not further speed up its plans to withdraw economic help.

“With labor participation creeping higher, and measures of excess demand flattening in recent months, it is reasonable to think that wage growth is unlikely to reaccelerate dramatically,” Ian Shepherdson, chief economist at Pantheon Macroeconomics, wrote following the release. “In the meantime, this report eases the immediate pressure on the FOMC to act aggressively.”

As inflation uncertainty lingers and another wave of virus prevents a return to normal life, several measures of consumer confidence have shown that people are becoming less optimistic. The University of Michigan survey has shown sentiment faltering as prices have risen, and The Conference Board’s index ticked down in January.

“You have very high inflation, so people are seeing an erosion of their purchasing power,” said Dana M. Peterson, chief economist at The Conference Board, noting that the resurgent virus is also to blame. “People will have higher confidence once we’re beyond omicron.”

For now, it is a moment of pronounced economic uncertainty.

Ashley Fahr, owner of the culinary company and event space La Cuisine in Venice, California, said rising grocery costs began to bite at a difficult moment — just before omicron began to surge, causing people to pull back from activities like the cooking classes and catering events she offers.

She noticed in December that her food bill had gone up by about 15%, chipping away at her margins, and she passed about 5% of that on to customers while absorbing the rest of the increase.

“I didn’t want to quote a number people would balk at,” she said.

Fahr said she pays her workers — most of whom are independent contractors — competitive wages and that it is hard to keep up with rising prices and still turn a profit. She is watching to see what other local caterers and cooking classes do with their pricing — and whether they begin to pass on the full increase to customers.

“If everyone else does it, I’ll do it too,” Fahr said.

That sort of logic is what economic officials worry about. If businesses and consumers begin to expect prices to steadily rise, they may begin to accept instead of resisting them — and when inflation gets baked into expectations, it might spiral upward year after year, economists worry.

“What we’re trying to do is get inflation, keep inflation expectations well anchored at 2%,” Powell said at his news conference this week. “That’s always the ultimate goal.”