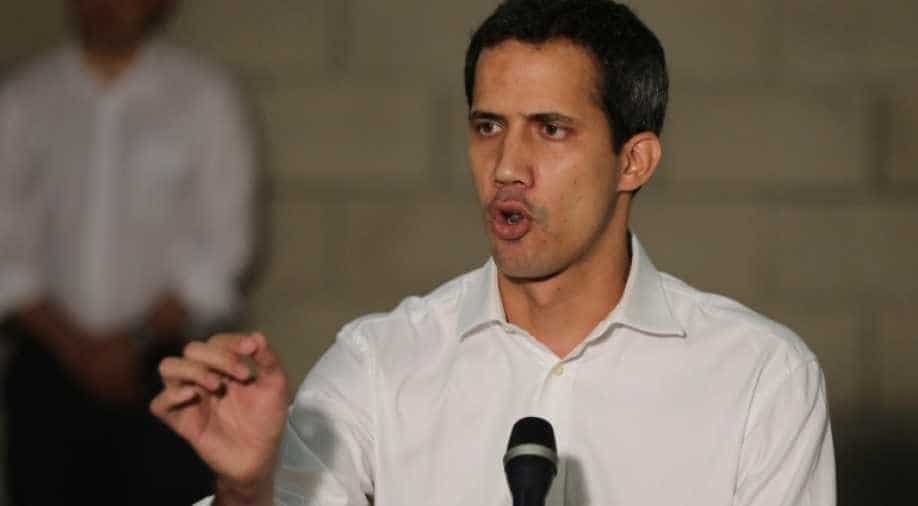 Guaido -- who is backed by the United States and is recognized as interim president by more than 50 countries -- has been leading a push to oust leftist firebrand Maduro, who has presided over a crumbling economy after succeeding Chavez in 2013.

Guaido -- who is backed by the United States and is recognized as interim president by more than 50 countries -- has been leading a push to oust leftist firebrand Maduro, who has presided over a crumbling economy after succeeding Chavez in 2013.

During a brief speech before a handful of followers in the small town of Sabaneta, Guaido called for a "large mobilization" of protesters to rally against the government over shortages of gasoline and prolonged blackouts in the country.

"The real solution is, without a doubt, to leave once and for all and let us live in peace," he said of Maduro.

Sabaneta has been turned into a shrine for the hugely popular Chavez, who mixed a larger-than-life personality with a man-of-the-people style and generously-funded social programs through oil revenues.

Dozens of walls in the town are adorned with murals of the leftist leader, who died of cancer in 2013, and a bronze and granite statue of the former president, donated by the Rosneft oil company on behalf of Russian President Vladimir Putin, stands six blocks away from where Guaido spoke on Friday.

But Maduro struggled to fill his mentor's shoes and he quickly lost favour after a fall in oil prices in 2014 precipitated a massive economic crisis.

Sabaneta resident Mireya Moreno, 61, said that even locals who had staunchly supported Chavez had turned against his successor.

"We have hope that Juan Guaido will take us out of this hole we are in," the teacher told.

Venezuela is reeling from astronomical rises in the cost of consumer goods, with the International Monetary Fund forecasting an inflation rate of 10 million per cent by the end of the year.

Representatives of Guaido and Maduro met face-to-face in Oslo this week as part of talks mediated by Norway aimed at resolving the country's political deadlock.

Further talks are planned despite the first meeting ending without agreement.

Maduro's government will go into the next round proposing the "release" of resources for medical transplants which are blocked by US sanctions, the leader said Friday.

Four children have died in the last month waiting for bone marrow transplants at the main pediatric hospital in Caracas.