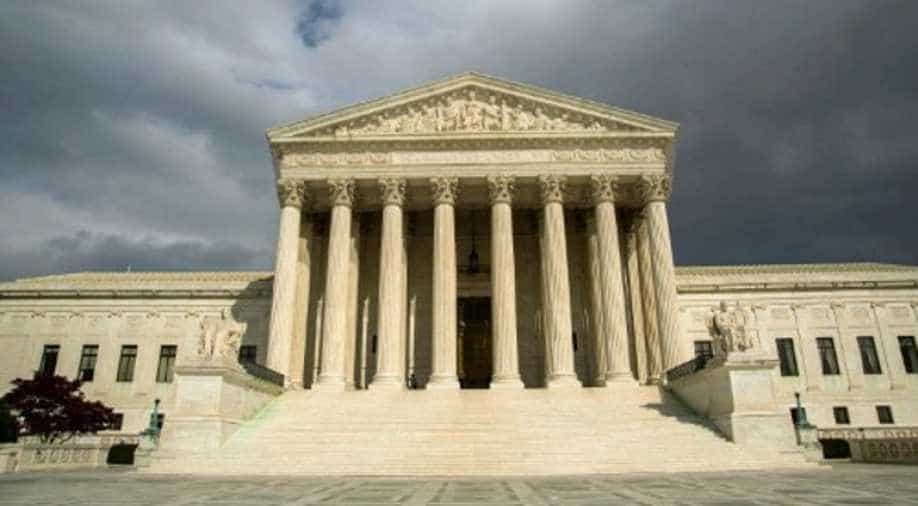 A lower court had ruled in the men's favor, and the officials appealed that to the Supreme Court yesterday, arguing that the national security and immigration requirements of the time justified the sweeping arrests. Photograph:( AFP )

Muslims in the United States who were rounded up and detained in the immediate aftermath of the September 11, 2001 attacks took their case before the US Supreme Court.

The US high court reviewed whether the men, who say they were held after the Al-Qaeda attack based solely on their identity as Arab Muslims, had the right to sue top US officials including then-attorney general John Ashcroft and Federal Bureau of Investigation director Robert Mueller, for their allegedly illegal detention.

The men were among 750 Muslims rounded up after the terror attacks, many on grounds that they did not have legal US immigration papers.

They said they were held in small isolation cells for up to 23 hours at a stretch and subjected to mental and physical abuse. They were held in detention for three to eight months.

A lower court had ruled in the men's favor, and the officials appealed that to the Supreme Court yesterday, arguing that the national security and immigration requirements of the time justified the sweeping arrests.

A ruling on whether the men had a right to sue rests on court precedents involving constitutional protections against illegal search and seizure.

But Justice Stephen Breyer got to the hub of the broader case: whether the atmosphere at the time justified such a broad reaction.

"I can understand after a bomb attack and 3,000 people are killed," Breyer said. "I can understand that the first reaction of the law enforcement authorities is pick up anybody you might think is connected, and we'll worry about the rest of it later."

"Now, eight months?... The answer is pick up anybody who might have a connection, and then just keep them there?" he asked.

The current Barack Obama administration came in on the side of Ashcroft, Mueller and the others being sued.

"This is something that was done as the officials are trying to sort through how to respond to the very difficult situation," said Justice Department Lawyer Ian Gershengorn.

But officials had to take the time to figure that out, and in the meanwhile did not violate any laws, including those on discrimination, he said.

But Rachel Meeropol, arguing for the men who had been detained, said it was an issue of illegal discrimination.

"This court has a historic role to play in ensuring that race and religion do not take the place of legitimate grounds for suspicion and in deterring future Federal officials from creating government policy to do the same," she said.