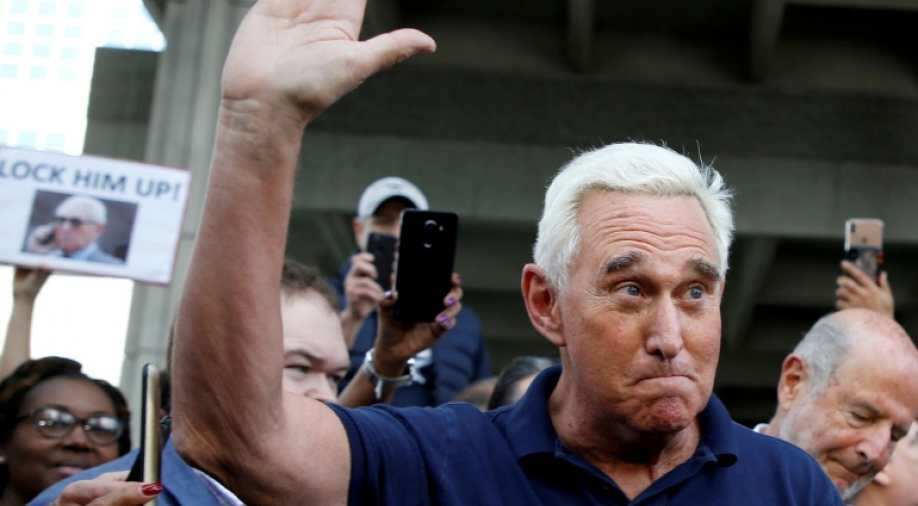 A video of Stone's arrest broadcast on CNN showed an FBI team taking him away from his Fort Lauderdale, Florida, home in the dark just before 6 am and Stone surrendering without any issue.

The Republican chairman of the US Senate judiciary panel on Wednesday requested a briefing from the FBI on the arrest of Roger Stone, a longtime associate of President Donald Trump, in an inquiry into Russian interference in the 2016 US election.

Senator Lindsey Graham said he was concerned about the number of agents involved, tactics employed and the timing of Stone's arrest on Friday in Florida. Graham asked for the briefing to take place no later than February 5.

A video of Stone's arrest broadcast on CNN showed an FBI team taking him away from his Fort Lauderdale, Florida, home in the dark just before 6 am and Stone surrendering without any issue.

"Although I am sure these tactics would be standard procedure for the arrest of a violent offender, I have questions regarding their necessity in this case," Graham wrote in the letter to FBI Director Christopher Wray.

The top Republican on the House of Representatives Judiciary Committee, Representative Doug Collins, expressed similar concerns in a letter to Wray.

Collins asked Wray for answers by February 13 to a series of questions, including whether Wray was aware of what Collins called the FBI's "immense show of force" during the raid.

"Given the nature of the charges in Stone's indictment, many believe the FBI used an excessive amount of force during his arrest," Collins wrote.

Some law enforcement experts said in the aftermath that when a person has not agreed to give themselves up to authorities voluntarily, such procedures were standard.

Trump, in an interview with the conservative website Daily Caller on Wednesday, said Stone's arrest was a "very, very disappointing scene" and he would "think about" asking the FBI to review its policies.

"When you have 29 people and you have armoured vehicles, and you had all of the other - you know, many people know Roger, and Roger is not a person that they would have to worry about from that standpoint," Trump said.

The FBI did not immediately respond to a request for comment.

Prosecutors accuse Stone, a self-proclaimed "dirty trickster" and longtime Republican operative, of obstruction, witness tampering, and lying to Congress. He has pleaded not guilty to the charges.

Special Counsel Robert Mueller is investigating US allegations that Russia meddled in the election and whether members of the campaign of then-Republican candidate Trump coordinated with Moscow officials. So far, the investigation has ensnared 34 people. Moscow denies interference and Trump dismisses the probe as a political witch hunt.