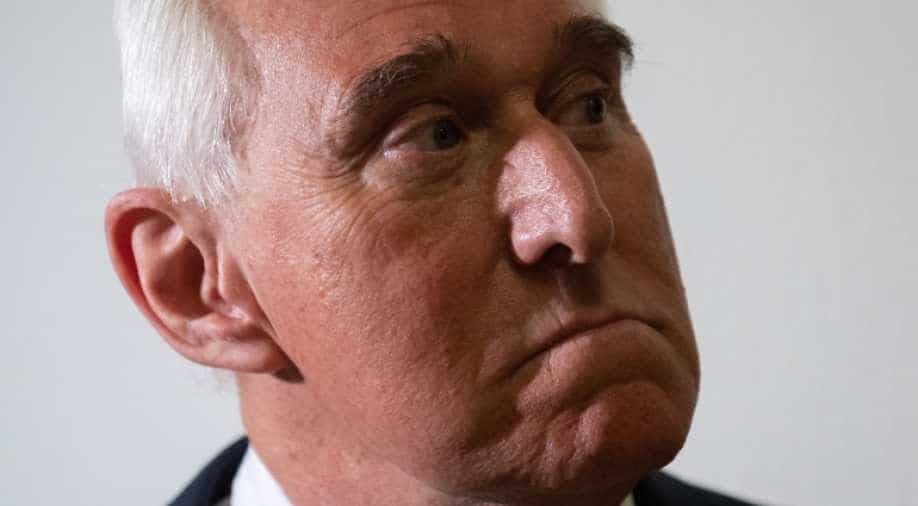 Roger Stone was also charged with witness tampering after he allegedly tried to persuade an associate to also lie to Congress to protect him.

Veteran Republican consultant Roger Stone was arrested in a predawn Florida raid Friday, becoming the sixth campaign associate of President Donald Trump indicted in the investigation into possible collusion with Russia in the 2016 election.

Stone, a renowned political dirty trickster who has consulted with Trump for four decades, was charged with lying to Congress and obstruction in relation to his contacts with WikiLeaks, whose publication of embarrassing Russian-hacked communications from Democrat Hillary Clinton's campaign in 2016 gave a boost to Trump.

Stone was also charged with witness tampering after he allegedly tried to persuade an associate to also lie to Congress to protect him.

The White House stiffly defended Trump, saying the Stone indictment brought by Special Counsel Robert Mueller, who leads the investigation into possible election collusion with Russia in 2016, has no connection to Trump.

Trump's lawyer Jay Sekulow added in a statement that the indictment did not allege Russian collusion by Stone or anyone else.

The dapper 66-year-old was freed on $250,000 bail by a Ft. Lauderdale court where, true to form, his appearance took the form of the political theater he has long been proud of.

Hundreds of reporters thronged him while scores of protesters chanted "lock him up" as he declared his innocence and loyalty to Trump.

"I am falsely accused," he said. "I will plead not guilty to these charges. I will defeat them in court. I believe this is a politically-motivated investigation."

He castigated the heavily-armed 29-man SWAT team that arrested him in the dark at his home, charging that "they terrorized my wife, my dogs."

Stone, who launched his career as a campaign aide to Richard Nixon and has a tattoo on his back of the first US president to resign from office, has spent decades advising various US political campaigns.

His association with Trump dates back to 1979, and he was one of the first to enlist when the billionaire real estate magnate launched his run for the presidency in 2015.

The charges arose from Stone's alleged lies in testimony to the House Intelligence Committee in 2017 involving his communications during the campaign with Julian Assange, the founder of WikiLeaks, which published material stolen by Russian hackers from the Clinton campaign.

The indictment said that Stone discussed his communications with Assange with "senior officials " of the campaign who wanted him to obtain information about what WikiLeaks had on Clinton and when it would release it.

Tantalizingly, it says that after WikiLeaks' July 22, 2016 release of stolen Democratic emails, "a senior Trump Campaign official was directed to contact Stone about any additional releases and what other damaging information" WikiLeaks might have on Clinton.

Adam Schiff, who chairs the House Intelligence Committee, said that was a key revelation.

"Our committee will be eager to learn just who directed a senior campaign official to contact Stone about additional damaging information held by WikiLeaks, one of the publishing arms of Russian government hackers," Schiff said.

Stone's arrest brought to 34 the number of individuals indicted in Mueller's sprawling probe into Russian meddling and possible collusion in the 206 election.

But none has been charged with anything close to conspiracy to collude with Russia, and while the White House remains under pressure from Mueller's team, it is not known what might have on the president himself.

Stone's indictment was long expected, but he has repeatedly echoed Trump's argument that the investigation is a politicized "witch hunt."

"The charges relate in no way to Russian collusion or WikiLeaks collaboration," he said Friday.

He defended Trump as well, calling him a great leader.

"I am one of his oldest friends. I am a fervid supporter of the president," he declared.

"I will not testify against the president, because I would have to bear false witness against him," he added.