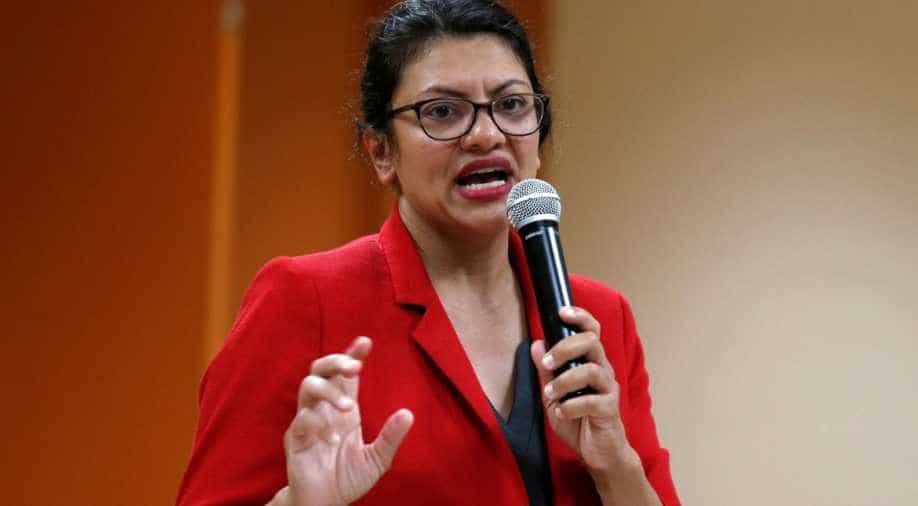 Tlaib is a Democrat who represents Michigan in the US House of Representatives and has been critical of Israeli policy towards the Palestinians.

US congresswoman Rashida Tlaib on Friday rejected Israel's offer to let her travel to the West Bank, saying she would not visit her family after the Israeli government lifted a ban on her entry but imposed "oppressive conditions" to humiliate her.

Tlaib, a Democrat who represents Michigan in the US House of Representatives and has been critical of Israeli policy towards the Palestinians, had planned to make an official visit to Israel along with fellow Democrat congresswoman Ilhan Omar of Minnesota.

Israeli Prime Minister Benjamin Netanyahu, under pressure from US President Donald Trump, on Thursday, said he would not allow them to make a planned trip to Israel. On Friday, Israel decided to allow Tlaib to visit family in the occupied West Bank on humanitarian grounds.

"I can't allow the State of Israel to take away that light by humiliating me & use my love for my sity to bow down to their oppressive & racist policies," Tlaib tweeted, using the word sity to refer to her grandmother.

"Silencing me & treating me like a criminal is not what she wants for me. It would kill a piece of me. I have decided that visiting my grandmother under these oppressive conditions stands against everything I believe in--fighting against racism, oppression & injustice," she added.

Tlaib and Omar have voiced support for the pro-Palestinian Boycott, Divestment, Sanctions (BDS) movement which opposes the Israeli occupation and policies toward Palestinians in the West Bank and Gaza. Under Israeli law, BDS backers can be denied entry to Israel.

Netanyahu had said Israel would consider a humanitarian travel request by Tlaib so long as she promised not to promote a boycott against Israel.

Tlaib and Omar are the first two Muslim women to be elected to Congress, and the Detroit-born Tlaib is also the first Palestinian-American congresswoman.

Both are members of their party's progressive wing and sharp critics both of Trump and Israeli policy.

The two, along with fellow Democratic US Representatives Alexandria Ocasio-Cortez of New York and Ayanna Pressley of Massachusetts have also drawn direct attacks from Trump.