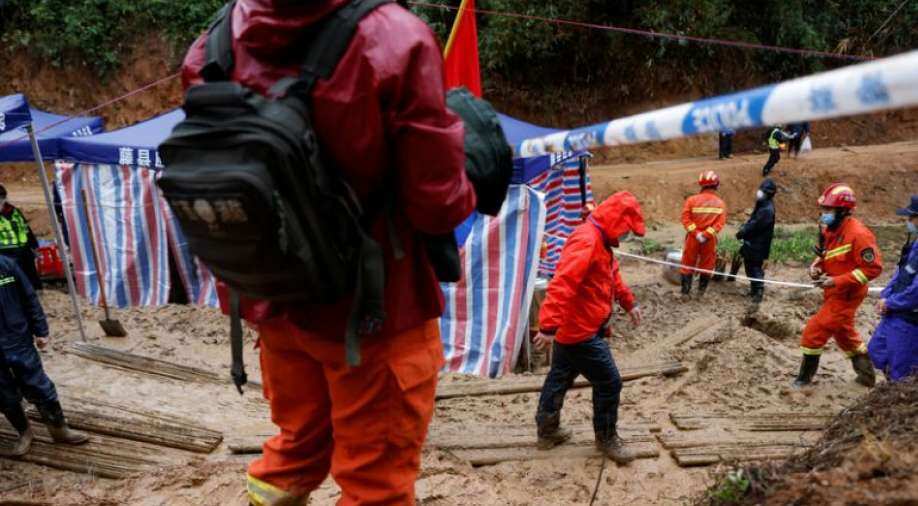 The US National Transportation Safety Board (NTSB) said Friday it was assisting Chinese investigators with the download of the cockpit voice recorder in Washington from an China Eastern Airlines Boeing 737-800 jet as it sent a team of investigators to China.

The US safety board told Reuters it was helping the Civil Aviation Administration of China "with the download of the cockpit voice recorder from China Eastern Flight 5735 in our lab in Washington."

China's decision to send a key piece of evidence to Washington for assistance shows the urgency of the investigation at a time when two nations have been at odds at other issues.

The plane crashed into a mountainside in southern China on March 21 killing all 132 on board and was mainland China's deadliest aviation disaster in 28 years. Recovery crews on Sunday found the second black box - the flight data recorder - in the wreckage.

The cockpit voice recorder will likely provide investigators with details of communications between the flight's three pilots, which is one more than is normally required on board the Boeing plane.

Earlier Friday, the NTSB said a team of three investigators had left for China to assist in the crash probe. The NTSB said "investigators will limit interactions with those outside of investigation similar to safety protocols at Beijing Olympics, which will allow them to begin work immediately without a quarantine."

The team includes the US accredited representative Sathya Silva, who is an NTSB senior aviation accident investigator.

An NTSB spokesman said the US team was traveling on a commercial flight. It was not clear if the team will travel to the crash site in China and for how the long team will be in China but it could be several weeks.

The NTSB also said a small team from Boeing is also traveling China to assist in the investigation.

CAAC News, a publication under the Chinese aviation regulator, said on Saturday that the NTSB group of seven investigators and technical advisers had arrived in China.

Under an international agreement, the NTSB has the right to participate since the plane was designed and built in the United States.

On Thursday, Chinese state media said the cause of the crash must be determined as soon as possible, following a meeting of China's highest decision-making body helmed by President Xi Jinping.

Information about the crash must be released in an open, timely and transparent manner, state media said in a report on the meeting of the seven-person Standing Committee of the Communist Party's politburo, China's top leadership.

A nationwide safety inspection should also be launched to prevent as much as possible the occurrence of safety accidents, state media said. If accidents do happen due to negligence, not only will the personnel in charge be punished, the relevant top officials will also be investigated, state media said.