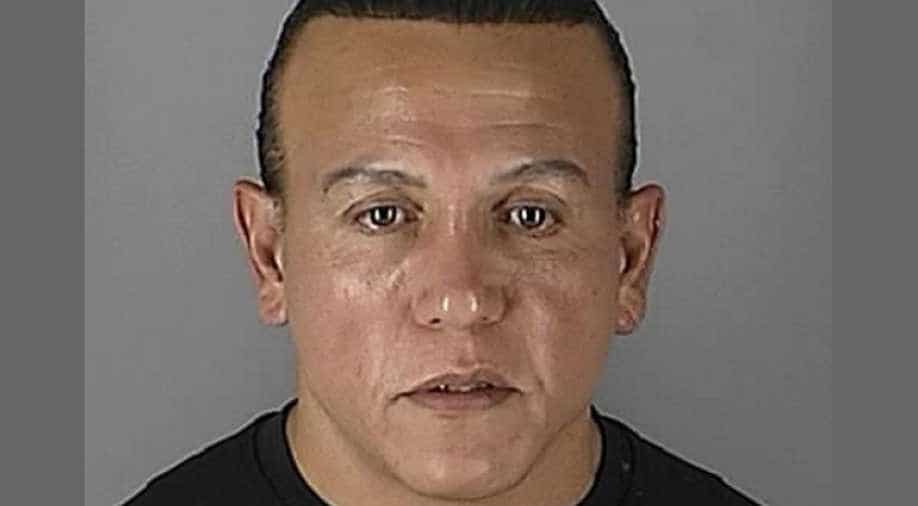 Cesar Sayoc was in 2002 charged with threatening to bomb a power utility for trying to shut off the lights of a Laundromat he owned at the time.

Long before Cesar Sayoc was arrested on Friday for allegedly sending pipe bombs to critics of US President Donald Trump, the 56-year-old former stripper with a long arrest record threatened to bomb a power company and posted angry rants.

"He was like a 14-year-old in an adult’s body and the kind of arrests he had were reflective of that," Ron Lowy, his former attorney and now lawyer for Sayoc's family, told CNN in an interview on Friday.

Hours after federal authorities arrested him in Plantation, Florida, his social media posts and extraordinary work history began to offer the first sketch of a man whose rudimentary bombs launched a nationwide manhunt.

Sayoc has worked as a male stripper, a professional wrestler, a store manager and a club promoter, according to public records, social media profiles and interviews with people who interacted with him.

His white van, which authorities seized, had numerous pro-Trump signs in the windows, including a drawing depicting the president standing on top of a tank emblazoned with "Trump." The van also had photos of Clinton and other Democrats with bulls eyes superimposed on their faces.

It was not immediately clear where Sayoc has been living or working most recently.

David Cypkin, 39, a documentary filmmaker, recalled seeing the van parked outside a shopping center near his home for more than a year and as recently as this summer.

"It often had an open door or an open window, which led me to believe there was somebody inside," Cypkin said in a phone interview. "It stayed overnight. I saw it dozens of times."

Sayoc's social media accounts are filled with anti-Democrat sentiments and racist diatribes. But Lowy, his lawyer back in 2002, said his political awakening seemed to be recent. Records show he was a registered Republican.

"His mother confirmed to me he had never voted ...He never had an interest in any type of political issues. His interest was more body building, night-time, nightclub events."

According to bankruptcy records in 2012, he had been living with his mother with no furniture then.

Lowy became Sayoc's lawyer when he was charged in 2002 with threatening to bomb a power utility for trying to shut off the lights of a Laundromat he owned at the time, telling a company representative it would be "worse than September 11th," according to a Miami police report.

Over the years, he was arrested for domestic violence, theft and fraud.

While Sayoc in his social media posts appears to identify with the Seminole nation, Lowy said his father was from the Philippines who left the family when the boy was young, and his mother was of Italian ancestry from Brooklyn.

"And he adopted this claim to being a Seminole because he was trying to create an identity," Lowy said.

In 2015, Sayoc reported that $7,150 worth of Donald Trump-related clothing was stolen from his car while he worked out at a gym, along with a laptop and other items, according to Broward County Sheriff's Office records. There was not enough evidence to identify a suspect, according to the records.

He delivered pizzas at the New River Pizza & Fresh Kitchen in Fort Lauderdale working only nights because of the politically charged images on his van, said his former boss Debra Gureghian, 59, who described herself as a "proud lesbian".

When Sayoc learned that Gureghian was a lesbian, he told her if he had control, "I would be on an island with the blacks, the Jews, the gays, the lesbians, the transgenders, and that he would nuke the island," she said.

He was otherwise a "fabulous" worker, Gureghian said. "On time. Diligent. Articulate. Never had any complaints with any customers. I wish I had more of him."

Federal officials said on Friday they were unsure of the motive behind his rudimentary package bombs, but he made no secret of his political grievances.

Two weeks ago, Sayoc threatened a former Democratic congressional spokeswoman on Twitter after her appearance on Fox News. The tweet warned her to "hug your loved ones real close every time you leave" home. The woman, Rochelle Ritchie, reported him to Twitter, but the company initially found he had not violated any conduct rules.

Twitter issued a statement on Friday saying it had made a mistake. "The Tweet clearly violated our rules and should have been removed. We are deeply sorry for that error."

A Facebook profile that appeared to belong to Sayoc featured videos and photos of him at multiple Trump rallies. Several posts contained anti-Muslim statements.

Sayoc attended Brevard College in North Carolina and the University of North Carolina in Charlotte and played soccer for both schools, though he did not graduate either one, according to school representatives.

His working life was mercurial. From 1996 to 2002, he worked as a male exotic dancer for Gold Productions Inc, according to a company employee before leaving to become a professional wrestler.

He is a promoter, booking agent and "live entertainment owner," according to his LinkedIn profile, which also said he was studying veterinary medicine at High Point University in North Carolina. A school spokesman said he did not attend the school.

Gureghian, his former boss, said her employee was always changing the images pasted on his van - including ones of the Ku Klux Klan, neo-Nazis and hangman nooses. "He would continuously put on new ones. Whatever aroused his mind."

US crosses 400,000 COVID-19 fatalities as Biden pays tribute to victims