US: Florida man charged with mailing 13 bombs to Trump critics 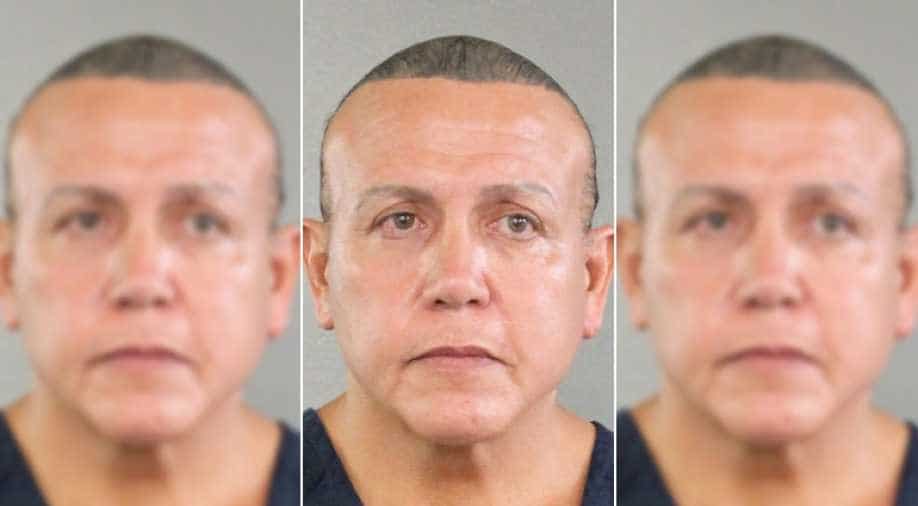 Cesar Sayoc, 56, a registered Republican with a criminal history and reported past as a stripper, was born in New York and lived in a van covered in pro-Trump and anti-liberal stickers. He was arrested outside a Florida mall.

A Florida fan of Donald Trump was arrested and charged Friday with mailing 13 bombs to opponents of the US president in a brazen, week-long spree that inflamed the country ahead of key elections.

Cesar Sayoc, 56, a registered Republican with a criminal history and reported past as a stripper, was born in New York and lived in a van covered in pro-Trump and anti-liberal stickers. He was arrested outside a Florida mall.

The van was impounded and Sayoc charged with five federal crimes, including mailing of explosives and threats against former presidents, Attorney General Jeff Sessions announced.

If put on trial and convicted, he faces up to 48 years in prison in what politicians on both sides of the aisle have condemned as domestic terrorism.

"We do believe that we've caught the right guy but... there's a lot of work still to be done, which means there are still plenty of unanswered questions," FBI director Christopher Wray told a news conference.

The 13 bombs were sent through the mail, many of them through a US Postal Service processing centre in Florida, and Sayoc was tracked down based on fingerprint and possible DNA evidence, agents said.

The Republican president congratulated law enforcement for what he called a "fantastic job."

Speaking before his supporters at a North Carolina campaign rally later Friday, Trump called the attempted attacks "terrorist actions" that must be punished "to the fullest extent of the law."

"Political violence must never ever be allowed in America and I will do everything in my power to stop it."

In southern Florida, FBI agents and police swarmed the strip mall in Plantation, where an AFP photographer saw a van covered in blue tarpaulin loaded onto a truck by authorities and driven away.

Trump denies blame
Sayoc is accused of mailing explosives to 11 prominent Democrats or liberal critics of the president, including former president Barack Obama and Trump's opponent in the 2016 presidential election, Hillary Clinton.

Waters and Biden were each sent two packages. All the targets are loathed by Trump supporters for their public opposition to the US president and for being the recipients of his toxic remarks in the past.

The president acknowledged the suspect's political allegiance, but denied any responsibility that his incendiary rhetoric could have played a role in motivating the spree.

"I heard he was a person that preferred me over others," he told reporters. "There is no blame," he insisted, despite being hounded by political opponents for his response to the crisis in which he lashed out at the media.

"The media has been unbelievably unfair to Republicans, conservatives, and certainly to me," he said Friday. "But with all of that being said, we're winning. So I like that."

Asked about the role that rhetoric could have played, the FBI demurred.

"It's too early at this stage for us to be discussing motivation in this particular case," Wray told reporters in Washington.

A laywer for the suspect's family, Ron Lowy, told CNN that Sayoc prior "had no interest in politics," and that he was more into "bodybuilding, nightclub events."

US media reported Sayoc had once danced as a male stripper, and The New York Daily News quoted an event promoter as saying the suspect would dance at strip clubs and ran a show called "Girls Night Out."

"It is my opinion that he was attracted to the Trump formula of reaching out," lawyer Lowy said. "Trump reaching out to these types of outsiders, people who don't fit in, telling them they have a place at the table."

Each of the homemade bombs included six inches of PVC pipe, a small clock, a battery, wiring and energetic material, defined by Wray as potentially explosive.

The first package was intercepted Monday at Soros's Bedford, New York home. The most recent ones on Friday in California, Florida and New York.

Obama marked with red X
The Clapper and Brennan packages were marked care of CNN, a television network often critical of the administration and long provoking Trump's ire.

Trump has come under fire for his response to the spree, which politicians on all sides have branded domestic terrorism, stretching from New York, Maryland, Florida, Delaware and Los Angeles.

On Friday, shortly before news of the arrest broke, he complained that the packages were slowing momentum for his Republican Party ahead of the November 6 elections, remarks that enraged his opponents.

Double Oscar winner and biting Trump critic De Niro on Friday urged people to vote in the midterms, one day after a device was discovered at the Manhattan offices of his production company.

"I thank God no one's been hurt, and I thank the brave and resourceful security and law enforcement people for protecting us," he said. "There's something more powerful than bombs, and that's your vote. People MUST vote!"

The packages were sent in manila envelopes lined with bubble wrap, each stamped with six postage stamps bearing the picture of an American flag.

Each envelope listed Debbie Wasserman Schultz, former chairwoman of the Democratic National Committee, as the sender, and misspelt Florida as "Florids," according to the criminal complaint.

The typed addresses included misspellings in Clinton, Obama and Waters's first names. The package destined for the former president included a photograph of Obama marked with a red X, according to the criminal complaint.

Rescuers' race against time to save 180 stranded whales in Australia 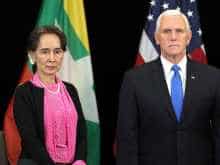