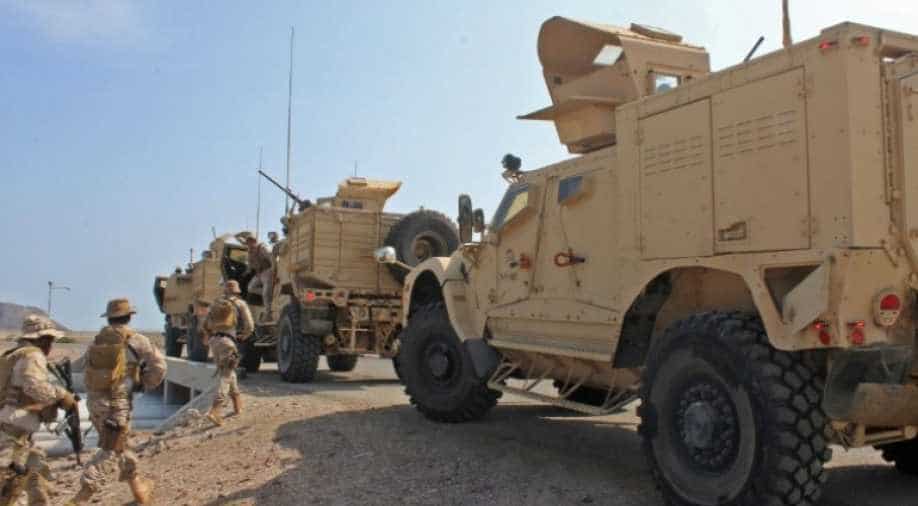 Saudi Arabia has a fleet of 23 planes for refuelling operations, including six Airbus 330 MRTT used for Yemen, while the United Arab Emirates has six of the Airbus planes

Saudi Arabia and the United States have agreed to end US refuelling of aircraft from the Saudi-led coalition battling Houthi insurgents in Yemen, ending a divisive aspect of US support to a war that has pushed Yemen to the brink of famine.

The move, announced by the coalition on Saturday and confirmed by Washington, comes at a time when Riyadh, already under scrutiny for civilian deaths in Yemen air strikes, is facing global furore and potential sanctions over the murder of journalist Jamal Khashoggi at its Istanbul consulate on Oct. 2.

The United States and Britain late last month called for a ceasefire in Yemen to support UN-led efforts to end the nearly four-year-long war that has killed more than 10,000 people and triggered the world's most urgent humanitarian crisis.

Saudi Arabia has a fleet of 23 planes for refuelling operations, including six Airbus 330 MRTT used for Yemen, while the United Arab Emirates has six of the Airbus planes, Saudi-owned Al Arabiya al-Hadath channel reported on Saturday.

Riyadh also has nine KC-130 Hercules aircraft that can be used, it added.

US Defense Secretary Jim Mattis said the decision was taken in consultation with the US government and that Washington supported the move while continuing to work with the alliance to minimise civilian casualties and expand humanitarian efforts.

Any co-ordinated decision by Washington and Riyadh could be an attempt to forestall action threatened in Congress next week by Democratic and Republican lawmakers over the refuelling operations.

However, a halt to refuelling could have a little practical effect on the conflict, seen as a proxy war between Saudi Arabia and Iran. Only a fifth of coalition aircraft require in-air refuelling from the United States, US officials said.

The Sunni Muslim alliance led by Saudi Arabia and the UAE has recently stepped up military operations against the Iranian-aligned Houthi movement, including in the main port city of Hodeidah, which is a lifeline for millions of Yemenis.

The Red Sea port has become a key battleground in the war in which the coalition intervened in 2015 to restore the internationally recognised government by ousting the Houthis from the capital Sanaa and other strategic cities.

UN bodies have warned that an all-out attack on Hodeidah, an entry point for 80 per cent of Yemen's food imports and aid relief, could trigger a famine in the impoverished country.

The World Food Programme said on Thursday it planned to double its food assistance programme for Yemen, aiming to reach up to 14 million people "to avert mass starvation".