US election 2016: Mexican peso tumbles as Trump wins US presidency 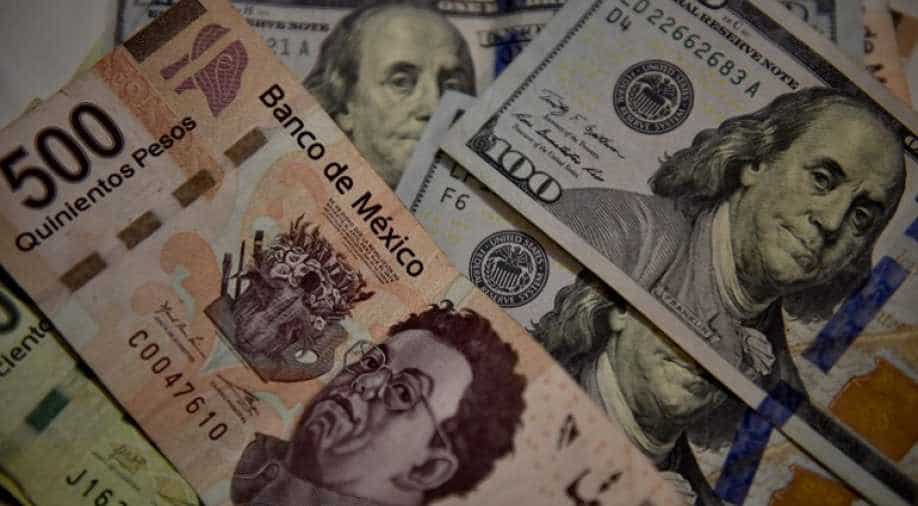 Trump's threats to rip up a free trade agreement with Mexico and tax money sent home by migrants to pay for building a wall on the southern US border have made the peso particularly reactive to events in the race for the White House. Photograph:( AFP )

The Mexican peso collapsed after Republican Donald Trump defied predictions and beat Democratic rival Hillary Clinton to take the US presidency in a maverick victory that wreaked havoc in global markets on Wednesday.

Trump's threats to rip up a free trade agreement with Mexico and tax money sent home by migrants to pay for building a wall on the southern US border once elected president have made the peso particularly reactive to events in the race for the White House.

The peso weakened by more than 13 per cent in after-market trading for Mexico and in Wednesday trading in Asia, breaking past 20 pesos per dollar - its biggest fall since the 1994 Tequila Crisis.

The peso pared losses to trade around 8.5 per cent weaker at 19.875 per dollar early on Wednesday, after Clinton conceded to Trump in a phone call. Mexico's central bank has called a joint press conference with the Finance ministry for 0700 local time (0800 EST/1300GMT).

"There's a lot of panic in the market, it is definitely an outcome it was not expecting," said Juan Carlos Alderete, a strategist at Banorte-IXE. "The movements are very strong, the market is showing higher risk aversion in search of safe-haven assets."

Three economists told Reuters they expected the central bank to raise its benchmark interest rate by an impromptu 75 to 150 basis points on Wednesday if Trump wins, while one of them said the bank could instead opt for a swap with the US Federal Reserve depending how the Peso evolves.

"I don't think a Trump scenario was taken seriously in the last days by the market. Hopefully there are some contingency plans by authorities and they can take measures to protect the Mexican economy," said Ernesto Revilla, an economist at Banamex and the government's former chief economist.

Mexican central bank head Agustin Carstens last week said the country was ready in case of an "adverse" result in the US election, which he has said could hit Mexico like a "hurricane."

Mexico has foreign reserves of $175.3 billion, and Carstens said last month he would consider using a $90 billion International Monetary Fund flexible credit line "in the event of an external shock."

The central bank has already hiked its rate three times this year, lifting it to 4.75 per cent to anchor inflation expectations following a sharp depreciation of the Peso.

Earlier on Tuesday, the Mexican currency had rallied nearly 1.4 per cent before official election results began to be released, as final polls showed a Clinton advantage.

Volatility in the Mexican peso surged to its highest level since the global financial crisis in 2008. One-month implied volatility, which measures the currency's anticipated trading range over the period, jumped to 40 per cent from 27 per cent late Tuesday.

"This is truly a historic moment. I don't recall such an extreme outlook on the US economy that could be so negative to the Mexican economy," said Benito Berber, an analyst at Nomura in New York.

Berber said a Trump win could drive the peso to between 23 and 26 per dollar.