US denied tens of thousands more visas in 2018 due to travel ban: Data 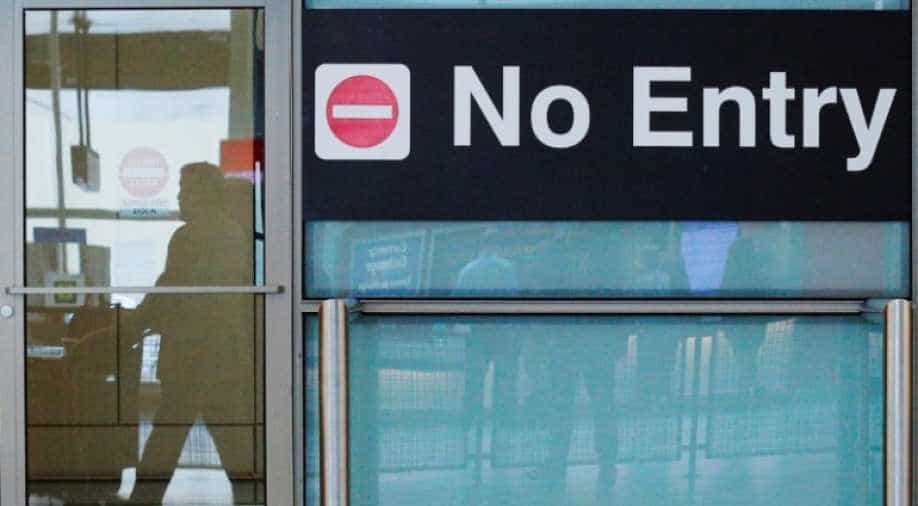 The United States denies nearly 4 million visa applications a year for a variety of reasons, including for practising polygamy, abducting children or simply not qualifying for the visa in question.

The US State Department refused more than 37,000 visa applications in 2018 due to the Trump administration's travel ban, up from less than 1,000 the previous year when the ban had not fully taken effect, according to agency data released on Tuesday.

The United States denies nearly 4 million visa applications a year for a variety of reasons, including for practising polygamy, abducting children or simply not qualifying for the visa in question. The data released Tuesday was the first comprehensive look at the human impact of Republican President Donald Trump's ban, imposed shortly after he took office and initially blocked by federal courts.

The ban has especially affected people from Iran, Libya, Somalia, Syria and Yemen, countries where the number of visas issued slid 80 per cent in 2018 from 2016, the last year without a travel ban.

Trump's initial January 2017 executive order banning entry to the United States by citizens of several Muslim-majority countries launched a fierce fight in federal courts over whether the policy amounts to an unlawful "Muslim ban" or is a legal exercise of presidential power.

The administration revised the policy following court challenges, and the Supreme Court allowed it to largely go into effect in December 2017 while legal challenges continued. In June 2018, the high court upheld the new version of the ban.

As a result, most people from Iran, Libya, Somalia, Syria and Yemen have not been able to enter the United States for well over a year. Venezuela and North Korea also were targeted in the current policy, but those restrictions were not challenged in court.

The figures released on Tuesday show the government denied 15,384 applications for immigrant visas - given to those who want to live permanently in the United States - due to the "2017 Executive Order on Immigration." A State Department spokeswoman confirmed that term referred to the travel ban policy.

In addition, 21,645 applications for non-immigrant visas - given to people coming for short-term visits for business, tourism or other reasons - were denied due to the ban.

Approximately 2,200 visa applications overcame denials based on the travel ban last year, but it was unclear how many of those applications were initially made last year or earlier.

The data did not include how many visa applications were made by citizens from countries affected by the travel ban.

Every month, the State Department releases the numbers of visas issued to citizens of all countries, including those under the travel ban, but it does not publish equivalent monthly information on the number of visa applications or denials by country.

Other, previously released data from the State Department shows that the number of US visas issued to citizens of the countries under the travel ban has dropped drastically as a result of its implementation.

In the fiscal year from October 1, 2017, through September 30, 2018, citizens of Iran, Libya, Somalia, Syria and Yemen - the five countries consistently on the travel ban list throughout its different iterations - received approximately 14,600 US visas. That is down 80 per cent from approximately 72,000 visas issued for citizens of those countries in the 2016 fiscal year when no such ban was in place.

The denials have affected people like Rasha Jarhum, a Yemeni human rights defender who applied for a US visitor visa in October to attend events on women's rights.

The US consular officer "refused to even take my passport to process anything," Jarhum said. The officer handed her a piece of paper citing the executive order as the reason for her visa denial, a picture of which Jarhum posted on Twitter.

Ahmad Shariftabrizi, a US citizen and oncologist in New York, is considering leaving the United States if his wife, an Iranian citizen, is unable to receive a visa to join him.

The couple, who wed in 2017, applied for her visa that year, and she was denied in December 2018, he said in a phone interview. The US government is now reviewing whether she is eligible for a waiver to the ban, which has been rarely granted.

The uncertainty and distance is extracting a huge emotional toll on the couple.

"The separation from my wife is making both of us break down psychologically," he said. "It's extremely difficult."