US central bank expected to raise rates Tuesday, Trump lashes out at it 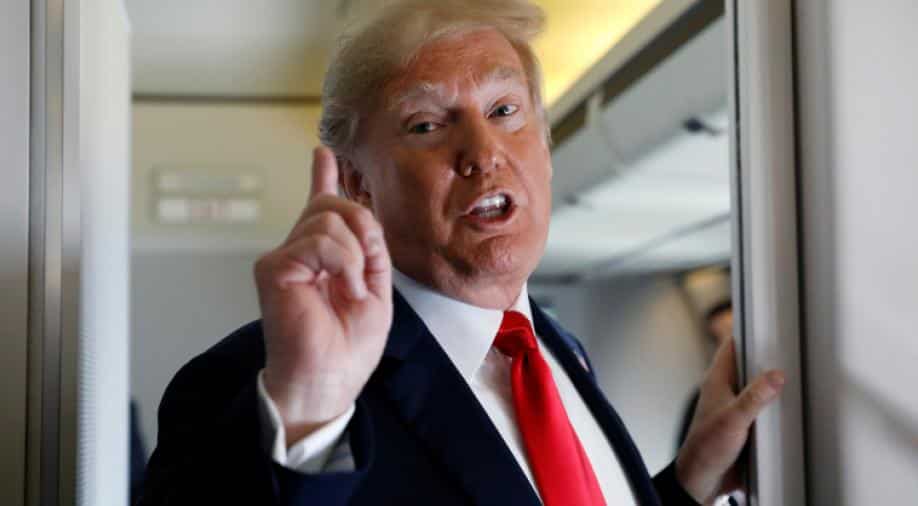 US President Donald Trump again lashed out at the Federal Reserve on Monday for considering raising interest rates, on the eve of a meeting at which policymakers are widely expected to do so.

The latest Twitter outburst renewed the president's rock throwing at the central bank, which he accuses of undermining his economic agenda of tax cuts, slashed regulations and multi-front trade offensives.

Trump has repeatedly broken with the norms respected by US presidents in recent decades, hammering the central bank this year over its move away from the zero interest rate policy implemented during the global financial crisis.

"It is incredible that with a very strong dollar and virtually no inflation, the outside world blowing up around us, Paris is burning and China way down, the Fed is even considering yet another interest rate hike," Trump wrote, in a message sent one hour before stock markets were due to open.

It is incredible that with a very strong dollar and virtually no inflation, the outside world blowing up around us, Paris is burning and China way down, the Fed is even considering yet another interest rate hike. Take the Victory!

As the US economy has recovered, the Fed has been raising the benchmark lending rate gradually since December 2015.

The Fed on Tuesday opens its final two-day policy meeting of 2018, and is widely expected to raise the key rate for the fourth time this year, working to get ahead of expected gains in inflation.

Trump has called the central bank "crazy," "out of control" and a greater economic threat than China, which the president blames for hollowing out American industry through unfair trade.

But analysts and former Fed members say Trump's unprecedented vitriol could cause the central bank to try to prove its independence by raising rates even if policymakers might otherwise have held off.

Staying out of politics
Inflation is holding right around the Fed's two percent target but if markets believe the Fed can be swayed by political pressure, inflation fears could ignite and become a more serious problem.

Current economic policy, such as tax cuts and de-regulation, have produced "supply-side positive shocks" that were holding inflation down, he said, also pointing out that the Fed was winding down a bond-buying stimulus program.

"All of those things have led us to a world where we have zero inflation for all practical purposes," Navarro told CNBC.

"The only argument I'm hearing for the Fed to raise rates is that somehow they have to exert their independence from the White House. Now, this is a bad argument."

Policymakers have offered little reaction to Trump's string of taunts, with Fed Chairman Jerome Powell saying the political noise does not factor into their decisions.

Amid brisk economic expansion after a decade of steady job growth, US unemployment is flirting with a 50-year low but the US economy is expected to slow.

And with global economy also weakening, there is a growing feeling the central bank will not have to raise rates as much as previously expected next year.

Powell and other officials in recent weeks have suggested they could show patience in 2019 as they study incoming economic data.

Futures markets currently put the odds of a rate hike this week at about 80 percent.

Wall Street opened sharply lower following Trump's tweet but had pared much of its losses around 1630 GMT.