United Nations chief to US: Lift ban on travellers from 7 Muslim-majority countries 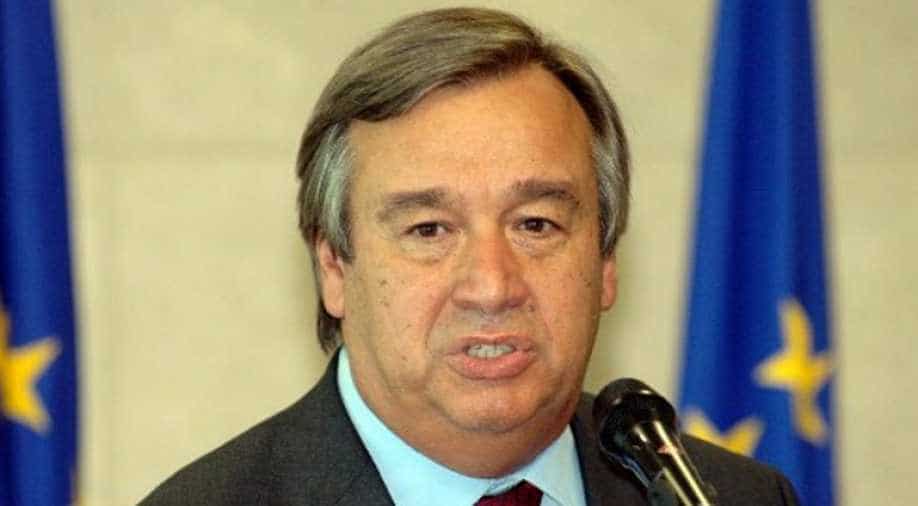 Antonio Guterres argued that banning citizens from Muslim countries would not prevent terrorist organizations from mounting an attack on the United States. Photograph:( AFP )

UN Secretary-General Antonio Guterres on Wednesday called for lifting a US ban on travellers from seven Muslim-majority countries, saying the measures would not prevent terrorists from entering the United States.

"I think that these measures should be removed sooner rather than later," Guterres told reporters.

"Those measures indeed violate our basic principles and I think that they are not effective if the objective is to, really, avoid terrorists to enter the United States," he said.

The appeal to end the travel ban came amid a mounting international outcry over the 90-day entry restrictions on citizens from Iran, Iraq, Libya, Somalia, Sudan, Syria and Yemen.

US President Donald Trump signed an executive order on Friday enacting the immediate ban and also suspending the arrival of all refugees for a minimum of 120 days while Syrian refugees were barred indefinitely.

Addressing the US suspension of refugee resettlement and the ban on Syrians, Guterres again appealed to the US administration to reverse course.

"Resettlement is the must from the point of view of refugee protection," said Guterres, who served as UN refugee chief for 10 years before his election as secretary-general.

"I strongly hope that the US will be able to re-establish its very solid refugee protection in resettlement and I hope that the Syrians will not be excluded in that process."

Guterres, who took over from South Korea's Ban Ki-moon on January 1, argued that banning citizens from Muslim countries would not prevent terrorist organizations from mounting an attack on the United States.

"We are dealing with very sophisticated terrorist organizations," he said.

"If a global terrorist organization will try to attack any country like the United States, they will probably not come with people with passports from those countries that are hotspots of conflicts today."

"They might come with the passports from the most -- I would say -- developed and credible countries in the world or they might use people who are already in the country."